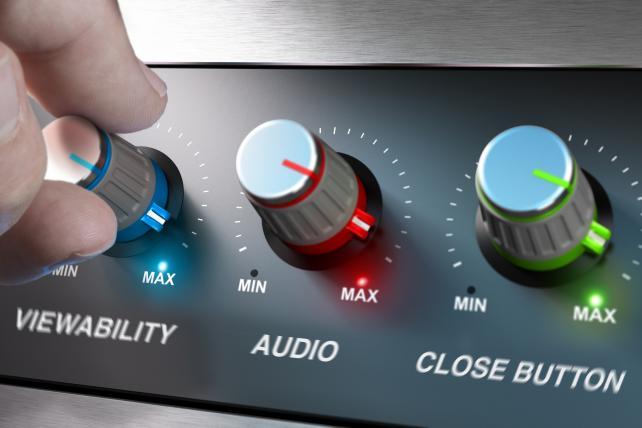 The Interactive Advertising Bureau's Tech Lab has issued a major update to its Mobile Rich Media Ad Interface Definitions that should arm creatives with an arsenal of metrics that were previously unavailable.

More commonly known as MRAID, the standard allows creatives to make one ad type so it can run across multiple apps without issue. Prior to its creation, ads had to be custom-tailored to each publisher's app.

The new update -- now on its third version -- will provide more granular insights into things like viewability, audio, ad load times and create a new standard for the "close button" on creatives. Up until today, the IAB had no standard for viewability in-app advertisements.

"If you look at what these new rules entail, it's common sense," said Jarrod Dicker, head of commercial product and technology at the Washington Post. "It's time for an industry perspective when it comes to understanding, researching and building products that benefit marketers and consumers alike."

Although things like viewability have been discussed heavily for more than three years now, Dicker said the IAB isn't late to the party with its latest update. "If you think about the IAB, they represent almost every corner of advertising," he said. "Whereas Google and Facebook have it much easier -- they have closed platforms. So I wouldn't say they are late."

However, he added: "I would say that for any marketer or any publisher that hasn't been thinking this way is late. If you are brand or publisher and you're just responding to this update -- you are in trouble. Not only do you need to abide to new rules, but what have you been offering your partners?"

"Viewability never existed before MRAID 3," Schatz said. "We tried, but it was more on purpose that we didn't do anything because the industry didn't coalesce around anything."

The new update will now provide insights into whether volume on a video ad is high enough for users to hear. On the subject of viewability, advertisers will be told what percentage of an ad appears on-screen in an app, something not previously called for.

Creative vendors can add captions to video ads if they see most users have their volume turned on silent, for example, or vice versa.

Apps currently often start trying to display an ad without all its assets in place, so consumers see a white screen or empty space until the ad can properly render, the IAB said. The association issued guidance to deal with this issue, requiring apps to load ads when they're about to appear on-screen instead of waiting until consumers actually get to them.

The new guidelines will call on companies serving in-app ads to tell advertisers whether consumers let the app access their devices' locations, for example, and to provide further data about users' whereabouts. Marketers can then leverage that information and personalize ads based on where the consumer is.

Meanwhile, Schatz said the new update will provide new metrics that can help marketers make calls on frequency capping or whether a conversion was made.

The the most recent prior MRAID update came in 2013, according to the IAB. The new specs were released earlier today.

"MRAID 3 is not what I would consider a revolutionary specification," Schatz said. "But we listened to the industry and covered what they were asking for."