Imgur Rolls Out Video Capabilities for Its Native Ads 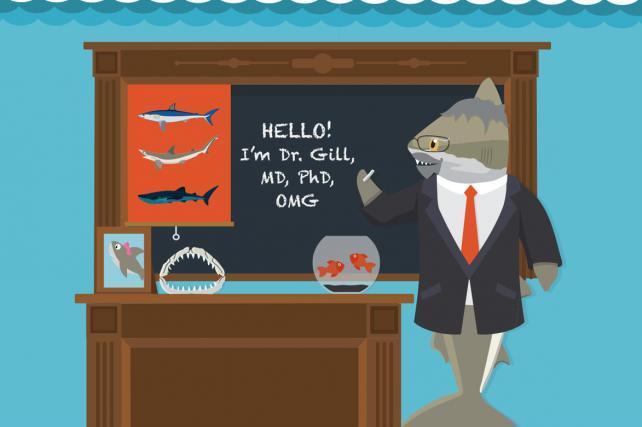 The photo-sharing platform Imgur is giving marketers the ability to embed video in their promoted posts, which have previously been limited to text, images and GIFs. Discovery Channel and CNN's Great Big Story are among the first brands to buy in with ads set to start today, Discovery's to promote Shark Week programming starting June 26.

Many people know Imgur as the photo platform where they arrive after clicking a link on Reddit or a message board. What they may not know is that company has a massive user base that's young and tech-savvy, a difficult demographic for marketers to reach.

Imgur attracted 33.1 million unique U.S. visitors last month across desktop and mobile, up 6% from a year earlier, according to ComScore. Citing internal measures, the company says its worldwide monthly uniques are 150 million.

Imgur has been trying to better capitalize on that audience with advertisers, introducing image-based native ads last summer to accompany the standard display ads that it was already running. EBay, for one, ran a sponsored post every 10 days for a year, the company said.

The new ads can't be blocked the way display ads can, no small consideration for a site like Imgur. A "very high percentage" of Imgur's visitors deploy ad blockers, said Steve Patrizi, VP of marketing at Imgur, adding that many are tech-savvy and prefer to "stay off the grid."

At least some of Imgur's audience seems OK with the promoted posts, which appear among the normal feed of community uploads. "Users respond to our advertising in ways that aren't seen in advertising," Mr. Patrizi said. "This community stands up and applauds its advertisers."

As evidence, Mr. Patrizi cited users' comments and marketers' repeat business. "Some people fell in love with the eBay ads so much they starting calling it 'eBae,'" he said. "Comments and upvotes are important signals for brands. EBay must see something on the back end because it takes time and a lot of money to create these posts."

If the photo sharing site wants to become more than a niche player for brands, however, it may need to update its user interface, which some have called slow and clunky.

Imgur debuted in 2009 as a quick way for people to upload and share images, quickly becoming an internet favorite for its ease of use and growing further when it became Reddit's unofficial partner for photos. But a good chunk of the people who land at Imgur each month for a photo don't have an account and bounce soon after arriving. (Imgur declined to describe the number of users with accounts or its regular, repeat visitors.)

Despite the explosion in mobile apps over the past few years, moreover, Imgur only introduced a mobile app last year. And last month, Reddit said users could upload images directly to its site using its own software.

Reddit users commented in a thread that Reddit created to discuss that news. "It's obvious the people at Imgur don't want to be just an image hoster," one top commenter wrote. "That's fine, but they at least should do the image hosting part right."

Mr. Patrizi said he doesn't believe Reddit's move had anything to do with Imgur's user experience. "Reddit introduced their own image uploading platform," he said. "We haven't really seen any change in terms of traffic. We still see massive audiences of people. We built what we think is a healthy and positive platform."