READ THIS NEXT
Amazon's TikTok ban was a false alarm, capping off a whirlwind week of suspicion towards China-backed app 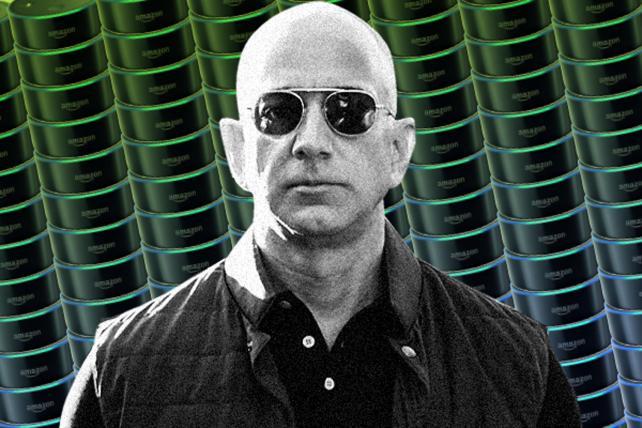 Amazon's annual holiday press release is out touting the company's accomplishments over the holiday season.

It's quite the laundry list—long on hype, short on specifics, and a little wacky (it compares sales of Walter Isaacson's Leonardo Da Vinci book to their weight in Sistine Chapel's paint). But being from Amazon, it's worth wading through the jargon to see what the formidable e-retailer considers important to its business.

Here, highlights of the post (and some lowlights too):

Another record-breaker
As is now tradition, Amazon says that this year was its biggest holiday ever. But it's a bit unclear what criteria it uses to make that claim—most items shipped, most sales revenue, most amount of paint used in Renaissance churches?

Pumping the Prime
It was also a "record" year for Amazon Prime. Amazon says that in one week more than 4 million people tried the service, which offers free shipping and perks like streaming movies and shows. Amazon has never released a firm number on how many households have Prime membership, which costs $99 a year, saying only that it has "tens of millions of members worldwide."

People can try the service for free, so 4 million people signing up in December could just be people taking advantage of the free shipping and then disconnecting. Two years ago, 3 million people signed up for trials, Amazon said. It's an almost useless stat, unless Amazon reveals how many of these free-shippers actually stay.

How many gadgets?
Amazon also is secretive about its gadgets—how many Fire TV sticks and Echo home speakers it sells. It was a record-setting year for sales, Amazon says, but what that means is unclear. "Millions more" devices were sold this year than last holiday season, and "tens of millions of Alexa-enabled devices sold worldwide." Echo Dot, the mini home speaker with the voice-assistant Alexa, was the best seller (it sells for $50), it claims, but there's no word on how many sold. As for Fire TV sticks, twice as many were sold this year than last, Amazon says, but it doesn't provide context, meaning it could be that they sold two–or two billion.

Connecting Dots
Amazon did highlight a new category this year: its new fleet of planes. Amazon says it has 32 airplanes, and they "carried enough packages to equal over a billion Echo Dots." To be clear, though, Amazon did not sell a billion Echo Dots, they are just being used in this case as a unit of measurement. (As in: "Hey, how much can your pickup truck haul?" "Oh, about 300,000 Dots.")

Amazon in the end zone
Amazon did sneak in one viewership number for its streaming Thursday Night Football, which cost $50 million for the rights to 10 games. There have been few hard stats about how many people would actually watch football through Amazon, and this does little to illuminate it. "The top match-up of Prime Video's 10-game Thursday Night Football schedule this season was on Dec. 7, when two million worldwide viewers watched the Atlanta Falcons beat the New Orleans Saints 20-17," Amazon said. It's unknown if those viewers watched the whole game or just tuned in for a tenth of a second.

Roku coming
One of the holiday highlights might point to a challenge for Amazon. Roku was hot this year, and two of the four top-selling televisions featured the streaming-video platform, according to Amazon's holiday roundup. Roku could poses a streaming threat to Amazon's Fire TV Stick, but there were no hard numbers to compare who sold more.

What's that in Mona Lisas?
Then there were stats like this one, which were more puzzling than informative. "If you collected all of the copies of Walter Isaacson's, Leonardo Da Vinci that Amazon sold over the holidays, they would weigh the equivalent of 25,417 gallons of paint—enough paint to cover over Michelangelo's Sistine Chapel ceiling 1,592 and a half times." Uh, cool? How many Mona Lisas did Apple sell in Rihanna albums last year?