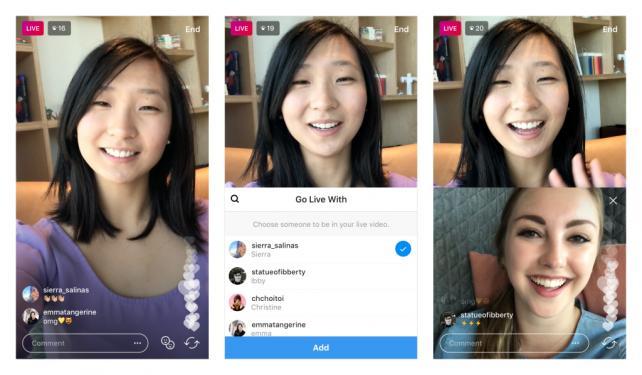 Users streaming video on Instagram Live will soon be able to add friends and other accounts to their digital broadcasts, a capability that could open doors for partnerships between social media influencers -- if they're creative enough to make it work.

The new feature, now in testing with a small user base, will be rolled out "globally over the next few months," the company said on Tuesday.

Brands and influencers have already been using live video on Instagram, which introduced it in November, to stream big events, unboxings and conversations touting products or services. "For advertisers, it's a great way to reach a younger audience that doesn't general pay attention to traditional advertising," said Gil Eyal, CEO at Hypr, an influencer marketing platform.

But Instagram Live has allowed just one user per stream. The update lets users "Go Live With" a guest, which Eyal said could lead to influencers with separate audiences collaborating to garner maximum impressions.

Marketers could likewise convene multiple influencers or celebrities in a sinlge live feed. But it's unclear just what brands and influencers really will do with the feature.

"My guess is initially it's going to be people having conversations in public," Eyal said. "Two influencers debating a topic, reviewing a product. It'll resemble the talk show model as opposed to really creative stuff."

While Instagram joins its parent company Facebook plus Periscope, YouTube and smaller platforms such as YouNow and Live.me in the fight to offer live video broadcasts, Snapchat is lagging in the space.