Also, if you're heading to the Cannes Lions festival, Ad Age has a guide for you
READ THIS NEXT
Verizon Media rolls out identity-free ad-targeting alternative 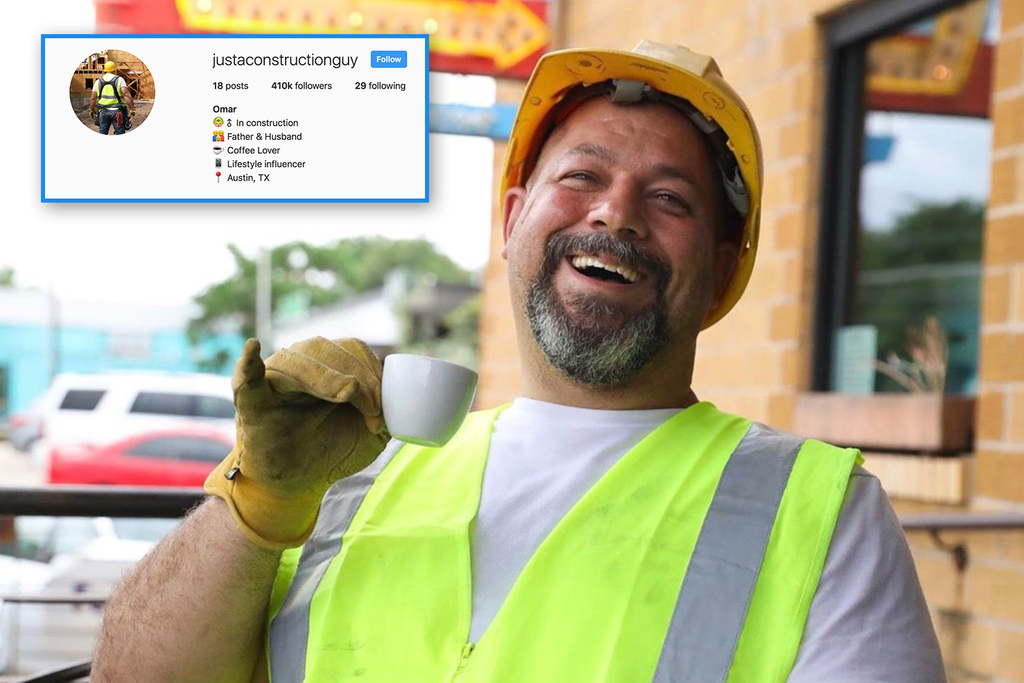 What people are talking about today
Omar, a construction worker from Austin, Texas, became Instagram-famous for being a relatable middle-aged guy poking fun at the tropes of influencer culture; he photographed his coffee and took videos of his ride on an e-scooter. In a few weeks, the @justaconstructionguy account amassed over 417,000 followers. People found him funny and authentic, an antidote to the fakeness of influencer posts.

You probably see where this is going.

Yes, it was all a marketing stunt. BuzzFeed News uncovered the truth, reporting that Omar’s Instagram persona was a stunt created by local shop Cuvée Coffee and an agency called Bandolier Media. The coffee shop wrote a blog post explaining that its clientele includes many construction workers, and thus “the idea of a construction-lifestyle influencer was born.” The team knew a guy named Omar—who actually is a real construction worker—and he became the face of the marketing effort.

A strange thing about ‘Stranger Things’
Next month brings the third season of Netflix’s “Stranger Things,” in which a group of kids in '80s Indiana gets sucked into a monster-plagued alternate dimension called “The Upside Down.” As Ad Age's Ann-Christine Diaz writes, now Burger King is selling “Stranger Things”-themed Whoppers that appear to be … ordinary Whoppers flipped upside-down. Which is so stupid, it’s funny.

This is just the latest in a string of “Stranger Things” brand collaborations. Nike is making ‘80s-inspired “Stranger Things” sneakers and merch, and Coca-Cola is even bringing back its legendary ‘80s flop product, “New Coke,” in a tie-in with the show. Netflix doesn’t run ads. But somehow, without running any commercials, “Stranger Things” has turned its entire brand into a commercial vehicle. Even stranger: It works.

Moving on
Back in 2016, when Facebook disclosed to advertisers that it had mistakenly inflated its metrics about video views, it was “in many ways the start of an era of mistrust surrounding the company,” Ad Age’s Garett Sloane writes. Now Facebook is ready to settle a lawsuit stemming from its error back then. “In federal court in California this week, Facebook agreed to a deal with a group of marketers that had claimed the metrics errors led them to buy ads on the site based on bad information,” Sloane writes. The marketers’ lawsuit had also accused Facebook of knowing about the faulty metrics earlier than it disclosed. Facebook says the "lawsuit is without merit but we believe resolving this case is in the best interests of the company and advertisers.”

Just briefly:
Riviera-bound: If you’re heading to the Cannes Lions International Festival of Creativity next week, Ad Age has a guide to the restaurants, bars and shops you’ll want to frequent. Pro tip: When in doubt, shop at Monoprix (the French equivalent of Target) for snacks, luxurious-but-affordable toiletries and more. They’ve got adorable kids clothes, too. Bring an empty suitcase.

Cannes FYI: “Extinction Rebellion, the environmental protest group that brought central London to a standstill in April, is heading to the Riviera for activity at Cannes Lions,” Alexandra Jardine writes in Ad Age. It’s not clear what exactly the protesters have planned.

Getting hitched: “Business Insider and eMarketer are taking their relationship to the next level with a merging of their intelligence units,” Garett Sloane reports in Ad Age. Both have the same parent company, Axel Springer.

Huh: Hearst Magazines says that so far in 2019, “video revenue is up almost 300 percent compared to the year-ago period,” Simon Dumenco writes in the Ad Age Publisher’s Brief.

Podcast of the day: In this week’s Marketer’s Brief podcast, Ad Age reporters talk about the Cannes Lions and how to get the most out of the event.

Ad of the day: A new ad starts with the buzz of a mosquito and a poetic voiceover about the pests that come out at dusk. “You’ve had the day, they seem to say. We own the night. Needling and sucking, asserting their dominion.” So what’s the product being advertised? You find out when the mosquito meets its demise, getting smushed with an icy cold bottle of Lone Star beer. The work is from Callen, the Austin-based shop of about a dozen staffers founded by Wieden & Kennedy veteran Craig Allen. Watch the ad here, and read more by Ann-Christine Diaz.