Cable companies have been doing their best to stop or slow Intel and others from launching competing paid TV services over the Internet. But that doesn't seem to be stopping the chipmaker, which still plans to ship its web-connected TV box later this year.

"We're confident we'll have enough content to launch later this year to be a compelling offering for the consumer," said Intel Media VP and GM-content and services Eric Free in an interview on Tuesday. 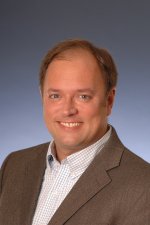 Intel made a splash in February when it confirmed its paid TV plans. At the time Intel Media boss Erik Huggers said the service would roll out this year, but since then the company is said to have not closed any content deals, spurring questions as to whether the release may be delayed. "We do have a launch date; we just haven't disclosed it," said Mr. Free.

However launching with "enough content" doesn't necessarily mean the service will roll out as completely as initially envisioned. Mr. Free wouldn't confirm whether Intel has signed any deals with TV programmers or outline where those talks stand. Instead he outlined three types of content Intel is focused on securing for its service: linear television, on-demand video for rental or purchase and original Web video suitable for the living room. "It does start with TV though," he said.

These days TV networks' prized programming is live sporting events, which are often described as DVR-proof. That content fetches a premium from advertisers, and accordingly major sports leagues don't like to leave many pennies on the table when it comes to making their games available for digital streaming. "Sports are important to our consumers. We will have a compelling sports proposition for them," Mr. Free said. Asked whether the leagues have a seat at the table when Intel is negotiating with programmers, he said it varies.

"It depends on the licensing structure of the deals. But you might imagine we're engaged not just with the networks but with the leagues but for different things depending on what it is we're ultimately trying to put together," said Mr. Free. "Many of the networks have cleared rights around sports for [digital streaming] already, so there's not necessarily a need to have leagues at the table in that context. It's really when there are exceptions that we're trying to engage them."

Intel's negotiations -- whether with the networks or sports leagues -- have been helped by Nielsen's decision earlier this year to count cord-cutters in its household viewership measurements. Intel had participated in those deliberations and "absolutely" saw "a significant acceleration" in talks with programmers thanks to Nielsen's move, Mr. Free said. "That's not to say there aren't other blockers, but that was a very large one for us in the sense of potentially preventing the content from coming on the platform at all."

To supplement that content, Intel is developing a second-screen experience for its service, though Mr. Free again kept a tight lid on details. "The second screen provides an opportunity for engagement, whether it's independently of the big screen or if it's concurrently with it. For it to be effective for advertisers, it has to be built into a common platform," he said.