Jason Stein sends me a direct Instagram video of himself. In it, he's running in his Nikes while talking about how pumped he is for our interview.

Nike has been a client since 2014. "Given that I was obsessed with social media and I've spent my whole life playing basketball and wearing Nike, if we didn't win that pitch, I said, 'We're shutting it down,'" recalls the college athlete-turned-entrepreneur. "All I did was prepare for that for two weeks and I literally had photos in the deck of me in Jordan and Nike gear playing basketball in high school on the cover of [Gannett's] The Journal News. I was like, 'I've been an ad for you guys forever.'"

The story is vintage Stein. (No relation to this reporter.) He's fiercely competitive, a straight shooter and sometimes intense to the point of discomfort. So it was without fear that he pitted his shop Laundry Service—at the time a 4-year-old "internet video company" run by a 30-year-old unknown—against Nike partner powerhouses Wieden & Kennedy and AKQA. And won.

Now, with the ink still wet on an October deal with ESPN to collaborate on branded digital content and original programming for the sports giant's advertisers, Stein has equal confidence in his plan to create a "modern media company" built on similar pacts and potential acquisitions.

Stein sees Laundry Service's competition not so much as the BBDOs, but BuzzFeed, Vice, The New York Times and "anyone who does high-quality, high-volume content," he says. Social media shop VaynerMedia has a similar vision, having bought women's lifestyle publisher PureWow in January.

The umbrella company, which is a wholly owned subsidiary of Wasserman Media Group, is profitable, Stein says. It's on track to notch $70 million in revenue for 2017 (up from $45.5 million last year) and is sitting on $150 million in capital, according to Stein, who says it will go toward building that media company of the future.

It's an ambitious goal for an agency that was ranked 201st among the total market of U.S. agencies from all disciplines (including digital, PR, media buying, healthcare shops and more) last year by the Ad Age Datacenter. Laundry Service's projected revenue would put it about on par with WPP's Rockfish, which had about $70 million in revenue in 2016, or Omnicom Group's GSD&M, with an estimated $81 million. It's about half of the estimated 2016 revenue of MDC Partners' 72andSunny, which Datacenter estimates at $134 million in the U.S.

Even so, Laundry Service has come far in its short life. No longer just a social agency specializing in viral videos, it has landed a T-Mobile Super Bowl spot, and its roster is a Who's Who of name brands such as BMW, Twitter, Grubhub, Anheuser-Busch InBev's Bud Light and Michelob Ultra. The agency has seen clients such as LG, Jordan Brand and Freixenet repurpose the work it created for digital onto a broader canvas usually reserved for creative agencies of record: TV, print, out-of-home and more. 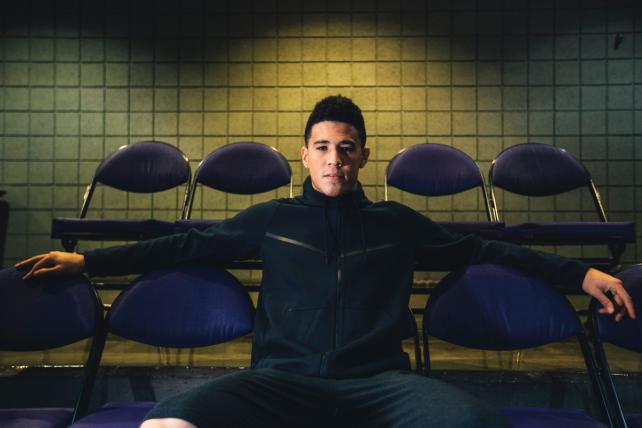 The ESPN deal is billed as a way to help marketers reach a wider group of consumers by combining the network's media properties with Cycle's own distribution channels, creative capabilities and endorsers in social media. While ESPN has brand equity and decades of experience entertaining big audiences, Laundry Service's pitch was that fledgling Cycle can speak to a younger demographic.
Stein says there's no real meaning behind the name Laundry Service.

"I was sitting at Coffee Shop in Union Square [New York] with our then-head of production and we had a list of names we thought would be good for a digital media company. It was originally Laundry Service Media. We narrowed the list to three and I asked Alyson [Warshaw, Stein's then-fiancee and now wife, and Laundry Service's chief creative officer], and she said 'Laundry Service.'"

Cycle Media Chief Strategy Officer Jason Kelly, who has known him since 2012, calls Stein "a commercial powerhouse in terms of how he thinks."

Josh Benedek, North America media relations director for Nike, recalls texting Stein at 10 p.m. on a Friday night in March when Phoenix Suns guard Devin Booker scored 70 points against the Boston Celtics. "I knew it was a long shot, but I wanted Cycle to repost the film they made profiling Devin for our 'Come Out of Nowhere' series in February," he says. "Jason replied with a screen of their Slack channel: The team had been updating the piece for 20 minutes already. Seconds later, the video was live." It got three million views that night.

In the family
During our breakfast at Balthazar in New York's Soho neighborhood, Stein has a copy of Yaa Gyasi's "Homegoing" on the seat next to him. "I don't read about entrepreneurs because I'm living that," says Stein, who tries to read one book a week.

Stein has a degree in sports marketing from New York University, where he played basketball for one year before getting injured (he never intended to play professionally) and earned his master's in communications from the University of Miami. Ambition runs in his family. His mother won five Emmys during her time as an associate director for CBS, his father was a lawyer and his paternal grandfather founded Stein's Clothing, which had 91 stores across the south and southwest before being acquired by Richman Brothers in 1959.

"That level of intensity that's in his DNA is at that level all the time," says Kelly. "It can be daunting sometimes for new people, or may come off as brash or impatient, but that intensity doesn't come with ego or the need to be right—he's hyper-focused and committed."

Often words like "committed" and "hyper- focused" are used as euphemisms for ruthless. But more than a dozen people interviewed for this story all referred to Stein as a nice guy. Stein himself says a little intensity is a good thing "as long as you're polite and respectful of other people."

Warshaw talks about the time the shop was in the throes of an important pitch for an undisclosed brand, only to find the client's conference room had an old 4:3 standard definition projector. Laundry Service's deck was full of videos and original imagery shot specifically for the pitch. So Stein called an Uber to take him to Best Buy 20 minutes before the presentation, bought the biggest HD TV the store had and installed it in the client's office. The agency won the business.

Warshaw says he has a softer side. She refers to herself and Stein, who have two children—an infant named Sonny Eve and a toddler named Mo—as "homebodies." Even Stein's proposal to Warshaw, his college sweetheart, was delivered in a low-key manner at their apartment in 2009.

Stein has never been to the Cannes Lions Festival of Creativity or SXSW, and this year was his first time to CES. He says he's always been busy with pitches or client work during the big festivals, and sends other Laundry Service staffers to represent the agency. He rarely does panels or keynotes.

Still a small fish in a big pond
Maybe it's because he doesn't travel the circuit, or maybe it's because "integrated" creative agencies look down their noses at social or influencer shops, but Laundry Service and Stein aren't well known in the big agency arena. A number of top consultants and holding company executives shrugged when asked about Stein and Laundry Service, and some others acknowledged the agency as up-and-coming, but not yet a threat.

And Stein is more than OK with that. "I'd say that's an ideal way for people to view us at this time," he says.

Fred Cook, CEO of Interpublic Group agency Golin, who met Stein a few years ago, says Laundry Service is growing quickly, but that Stein should be "focused on the business and clients" rather than putting himself out there. "I expect to be hearing from Jason for a long time," he says.

With more than 400 people working for Laundry Service across New York, Portland, Los Angeles, London, San Francisco and Seattle, Stein says he wants to make sure he maintains the agency's culture as it expands. "Building a corporate company that has modern values that millennials can be proud of—transparency, accessibility to leadership, honesty, diversity and inclusion—is really important to me and keeps me going every day," he says.

That, and of course continuing to evolve Laundry Service and Cycle Media to expand their services across advertising, content creation and media distribution.

"What Laundry Service and Cycle Media's business model has shown me is that there is power in great storytelling on both sides of the table and they are one of the rare few who can pull this together in a unified way," says Adam Bain, former Twitter chief operating officer, who left at the end of 2016. Bain, who is now advising startups in the Bay Area, is no longer a client of Laundry Service. But Bain says he wouldn't be surprised if other agencies, advertisers and publishers eventually try to replicate its model of bringing together social media, content creation, influencers and media distribution under one roof.

Bain first met Stein several years ago when Twitter started working with Laundry Service to form strategic relationships with clients such as Jordan or Beats by Dre on campaigns. "He had this knack for pushing us and the clients to be incredibly innovative," says Bain. Just as Bain was leaving, Twitter decided to hire Laundry Service to help the brand with content strategy and social to better tell its own story.

"Jason is pushing the industry forward, and innovators always tend to make people feel uncomfortable," says Bain, "but I think he feels comfortable being on that edge."