Keeping It Real(ish) When It Comes to Alternate Reality

New Tech Tools Will Open the AR Universe for Millions of App Developers Worldwide
READ THIS NEXT
The TikTok difference: Joining a genuine conversation vs. interrupting one 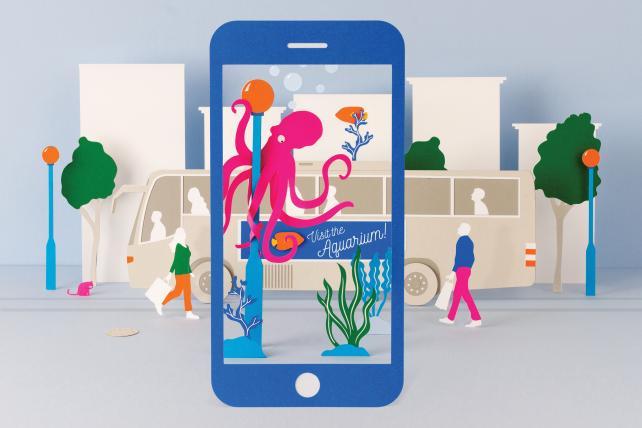 At the 2018 Mobile World Congress in Barcelona, the smartphone industry's preeminent launch- and schmooze-fest, Apple and Google's Android were doing what they do best: competing with each other over incremental improvements. In this case, the two smartphone operating system giants were fighting over augmented reality.

Today, AR is mainly the province of smartphones and specialized devices like the Microsoft HoloLens. (In the near future, it could include projecting images onto tabletops, windshields—anything with a flat-ish surface.) Apple and Android headset manufacturers like Samsung and HTC love AR because it's tech-intensive; customers with older phones need to buy newer, more expensive models if they want to download decent AR experiences from the app store. Platforms such as Facebook and Snapchat also like AR for a more obvious reason: Addictive AR translates into obsessive engagement. And both Google and Apple are courting advertisers, agencies and developers with tool kits to build AR products in the feverish hope that some form of AR advertising grabs a pop-culture moment like "Pokémon Go" did.

For all that drooling commercial optimism, however, the fact remains that creating augmented reality experiences is still a pain in the ass. There's only a relatively small pool of developers with true AR chops and building AR experiences takes longer than a conventional web or app project.

Reducing the time and expense of building AR seems likely to radically expand the universe of what makes it into the marketplace. Which explains why both Apple and Google want to open up the AR universe for developers.

Apple announced details of its forthcoming iOS 11.3 in late January, with big changes to the operating system's ARKit, its AR toolbox for developers. According to a rather breathless Apple press release, "The introduction of ARKit with iOS 11 puts augmented reality into the hands of hundreds of millions of iPhone and iPad users, making iOS the world's biggest AR platform." ARKit now supports virtual objects on vertical surfaces like walls and doors, and can integrate real-world signs, posters and artwork into AR experiences.

The company cites use cases such as interactive museum exhibits or bringing movie posters to life. Apple also significantly improved camera resolution and focusing to help people suspend disbelief when using iPhones or iPads for AR.

Google, not to be outdone, launched the 1.0 version of its ARCore framework just before MWC. A competitor to ARKit (Snapchat parent Snap is a major supporter), ARCore lets developers create AR-enabled experiences for Android phones. Here, though, Google is paying a price for Android's open, laissez-faire platform: Because there are so many Android phones with different technical specifications, ARCore is currently compatible only with the Google Pixel family, newer Samsung phones, LGE's V30 family and a handful of other phones.

Together, Apple and Google stand to crack the market wide open. "With the advent of ARKit and ARCore, we're seeing brands move to phone-based AR that has the potential to reach hundreds of millions of handsets," says Unity Technologies Global Head of VR and AR Tony Parisi.

The expense of building AR experiences, he adds, traditionally meant that AR in the advertising world was limited to big-budget rollouts on devices with a limited reach like the HoloLens. Google's and Apple's competing tool kits are significant steps toward democratizing the situation.

Although the audience for those was mainly early adopters who tend to get frothy about any new tech, it signals a pathway for Facebook and its rivals to make filthy lucre from the advertising industry with AR. 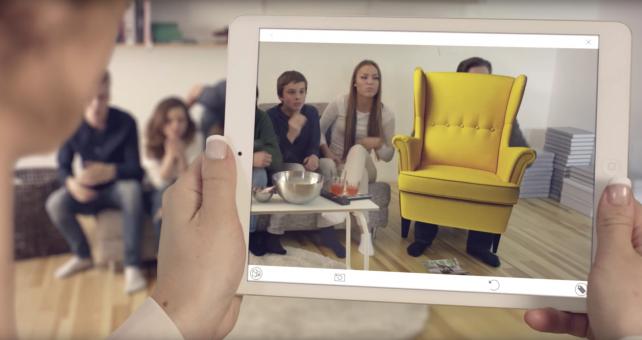 Augmented reality has slowly trickled into the advertising and e-commerce worlds over the past five years. According to Michael Rucker, chief operating officer of virtual reality advertising firm OmniVirt, there are two main use cases for AR in advertising: what he calls "selfie experiences" such as customized branded Snapchat filters or a recent mobile campaign with Universal for "Pitch Perfect 3" that let users take "Pitch Perfect"-themed selfies in their browsers; and "backward-facing camera experiences" such as "Pokémon Go," in which users place 3-D objects into the world through "surface detection."

"Tech companies are pushing AR, which leads brands and agencies to figure out the space," Rucker says. "The big challenge is [the same as] what you see consistently in other mediums: a lot of work in production, but not a lot of strategy around distribution. If you go back to early web advertising, there were Flash microsites, which had no SEO and were not discoverable by Google, which eventually gave way to banner ads."

In other words, there are lots of interesting AR experiences out there—it's just that many times customers don't even know that they exist.

Despite occasional breakouts like Ikea Place, which lets users see how virtual Ikea furniture would look in their real homes, advertisers still face an uphill challenge in releasing standalone AR apps. They take a lot of time to build, the experience doesn't always stay consistent across phones and tablets, and users are resistant to downloading a new app just because a brand wants them to.

Even the success of "Pokémon Go," the most-downloaded AR app to date, wasn't preordained. Another AR game, "Ingress," from the same developer, built a cult following but never got close; "Pokémon Go" 's pop-culture penetration was largely built on nostalgia for the 1990s-era card game. 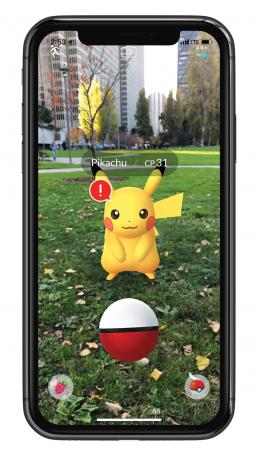 Efforts to open up AR to wider audiences by Google, Apple and Facebook have real consequences for advertisers, which have largely passed on AR experiments in favor of less risky approaches like conventional branded mobile apps and immersive in-person activations.

"I think the way advertisers are using AR today is still kind of rooted in the origins of AR, which are still kind of more game-focused," Arnaud Dazin of interactive advertising firm ADVR tells Ad Age. "Everybody saw 'Pokémon Go' get very big, and there's a lot of very easy wins when you do AR in this kind of small digital format."

Dazin also notes that AR experiences still largely rely on gaming engines like Unity and 3-D-modelling skill sets, which means that developers essentially need a gaming background for many projects.

While brands and agencies dream of creating campaigns that capture attention, AR is a young space where it's still easy to flush money down the tubes. Annoying technical issues persist—such as requiring users to endlessly calibrate their phones—and the idea that people will browse app stores just to download and play with your AR ads is a pipe dream. That's why platforms are looking to work with advertisers ... and digital agencies are more than happy to get a piece of that pie.

Facebook's decision to expand 360-degree imagery inside its News Feed is more than a neat technical experiment; it also appears to be a calculated attempt to become an early innovator in a potentially very valuable space.

Through Instagram and its core site, Facebook is trying to make itself an attractive AR option for advertisers as well. Its adoption of glTF is part of this strategy, as was a recent closed beta program that included Nike, StudioCanal and TSB.

Facebook may have the larger user base, but many analysts believe it's playing catch-up to rival Snap on many aspects of AR technology. Snap is staking its future on AR advertising: In late 2017, the company unveiled Lens Studio AR, a developer tool kit for creating interactive 3-D objects that users place inside photos and videos. Advertisers have experimented with, for instance, a "Stranger Things" lens that takes place in the Upside Down and special Bud Light AR ads for the Super Bowl. Branded lenses and filters on Snapchat offer advertisers a relatively low-risk way to reach an extremely large audience with breakthrough technology.

So will there be an AR advertising app or tool with "Pokémon Go"-style levels of popularity in 2018? Mikela Eskenazi of AR firm Blippar believes that's the wrong question. "I'm not sure we should be looking for the next 'Pokémon Go,' " she says. "There are many gaming-led activities on AR but we see more brands using AR to solve problems at scale, like in the beauty industry."

Indeed, beauty tech firms such as ModiFace and Meitu are AR pioneers; their widely downloaded apps, where users can virtually try out makeup and looks with AR, have a clear value proposition.

"An AR app with actual utility/use cases has better odds of achieving popularity in a sustainable way than a game," Eskenazi adds. "Games like 'Pokémon Go' can have massive popularity for a limited amount of time but no sustainable model, whereas through an actual use case that adds value in a specific category, we'll see ubiquitous AR usage."

The convergence of powerful new phones, new AR tool kits and interest from big social media platforms means that brands and agencies are going to find it very easy to experiment with AR. And many users may not even realize they're using it. But smartphones have already infiltrated our real world; AR is going to be one more way the digital and real worlds converge—whether we like it or not.

Neal Ungerleider
Neal Ungerleider is a writer and consultant whose work has appeared in Fast Company, the Los Angeles Times, Wired and other publications.
Follow View all articles by this author