What You Can Learn From Adkeeper's Epic Fail (And Pivot)

Can Scott Kurnit Pull a Rabbit Out of His Hat With Keep?
READ THIS NEXT
Publicis Groupe signs on to The Trade Desk's cookie replacement
Scott Kurnit
Credit:

Walk into Keep Holdings' Park Avenue South office in New York, and you'll find a seemingly happy group of 20 people working on Keep.com: a Pinterest-style e-commerce site that lets you "keep" products you like and purchase them later.

Keep is, by all indications, a small but solid company: It is well-funded, with perhaps half of the initial $20 million it was started with in the bank; it's run by a charismatic leader; and it recently launched an iPhone app that's drawing rave reviews. But while Keep may be functioning well, it's hard to believe that this company, originally called AdKeeper, once thought it could spark an online-advertising revolution.

Founded by serial entrepreneur Scott Kurnit, AdKeeper failed in its original mission, and it failed spectacularly. But this is more than a story of a massive flameout; it's a case study of how lots of very smart people can make the same bad bet and do it with relative ease. All it took was a proven founder, a big problem for digital marketers (banner ads don't work) and a somewhat plausible and scalable tech solution.

But there's an even deeper problem, one that plagues startups building better mousetraps for marketing: the vast gulf in understanding between CMOs in Cincinnati, Chicago and New York, and the venture-capital community. As an advertising veteran, Mr. Kurnit knows the problems as well as anyone; even his solution, however, turned out to be pure fantasy.

Still selling, and doing it well
"It was in the total interest of the advertising industry," said Mr. Kurnit of AdKeeper, as he sat with Ad Age for an interview late last year. The company proposed an entire new metric to the ad business -- the "keep" -- to replace the failed click-through. AdKeeper, of course, would be paid for that highly-desirable action, assuming consumers played along. Designing ads to be "kept" instead of clicked, Mr. Kurnit said, would make them look less like the needy, busy ads we see today, and more like the ads of the 1970s, which could be so beautiful you would want to tear them out of the magazine.

To enable this behavior online, Mr. Kurnit created a button, called "AdKeeper," which when appended to ads could be used to save them to a separate webpage.

If AdKeeper was adopted, Mr. Kurnit said, everyone would win. Advertisers would get more value when people engaged with the ads they "kept" and consumers would get an improved web experience devoid of ugly banner ads.

Today, with the benefit of hindsight, the idea that consumers would want to keep ads and revisit them later seems laughable. But hearing the idea at the time of launch from Mr. Kurnit -- something of a legend in New York's startup scene after founding About.com in 1996 and selling it to Primedia for $724 million -- made the notion of keeping ads seem highly plausible.

Mr. Kurnit's confidence, his background and the scale of the problem -- people aren't just not clicking, they're not even seeing online ads -- helped his pitch work to great effect. He persuaded venture capitalists, 15 in all, and raised $43 million dollars before the product came out of beta.

"We believe AdKeeper's solution for keeping ads will be an important and welcome addition to the internet ecosystem," said Fred Harman, managing partner at Oak Investment Partners, as his firm led a round of $35 million Series B funding in AdKeeper in 2011. "This is a company with exceptional leadership and a very compelling market opportunity and business model."

Mr. Harman persuaded advertisers to give the service a shot. Kraft, Unilever, Pepsi, Verizon, AT&T, Home Depot and more signed on, believing AdKeeper could bring residual value to their ads. The Wall Street Journal covered its launch with a hopeful tone.

Mr. Kurnit convinced himself, too. He put skin in the game, investing his own money in the Series B and working for the first year for $1 in salary. He believed he could change an industry, and that he needed the $43 million to ensure things ran smoothly. "We couldn't have Twitter fail whales going on where you're dealing with the likes of AT&T and Pepsi," he said.

"Scott was able to raise that much money because of his track record," said Ken Lerer, whose Lerer Ventures was part of AdKeeper's $8 million dollar first round in 2010 and remains an investor in Keep. "People back winners and so I think that's why he was able to attract the money."

While Mr. Kurnit may have sold VCs, advertisers and the press on his idea, he was unable to win over those who mattered most -- media agencies and consumers.

The media agencies, Mr. Kurnit said, would not agree to put the AdKeeper button on a high enough percentage of ads needed to make the button recognizable to consumers. Some, he said, even told him they would persuade their clients to not use the button. Part of this was about the media agency need for efficiency; but Mr. Kurnit also concedes some just weren't buying it. "When I saw it getting watered down, I joked with the team. I said, 'I think I need a brass plaque from the CMO that says, 'Will everyone f—ing do 80%?'" Mr. Kurnit said.

Even the 80% would have been a concession. "I expect our button to be on literally every ad on the internet a year from now," Mr. Kurnit told The New York Times in June 2011. "And you can kick my butt a year from now if it isn't."

Stumples, then shutdown
Consumers behaved as you might expect. They rarely kept ads and checked into the "vault" (where ads were saved) even less frequently. While 1 million ads were kept during AdKeeper's year of existence, the amount is only a fraction of the trillions served each year. "It sounds like a big number but it's a small number," Mr. Kurnit conceded.

"The fundamental point is that people do not want to stash away ads," said Philippe Schaillee, who was CMO of Sara Lee Corp. when he tested AdKeeper in its early days. Mr. Schaillee, whose optimistic quotes were published in The Wall Street Journal article, said the premise of AdKeeper was simply wrong. "In the end, that theoretical hypothesis that we had, that people really want to find the time to watch good ads on their extra time, that was potentially too theoretical. In fact, it didn't exist."

Pat Dermody, who once served on AdKeeper's advisory board and is now the president of local-ad site Retale, said the promise of AdKeeper was lost with the rise of behavioral targeting and retargeting. Partially due to those factors, display ads are now largely used as vessels for direct-response campaigns and not the broad-based branding buys Mr. Kurnit likely imagined when he founded AdKeeper.

It took only about six months for Mr. Kurnit to realize he had a problem. And at about eight or 10 months, he said he understood AdKeeper probably wasn't going to work. But before shutting down, Mr. Kurnit tried everything he could to give AdKeeper some traction. The company tried designing better ads, pre-loading the "vault" with special offers, paying agencies, paying advertisers and sending kept ads to e-mail instead of a vault.

But none of it worked. "There comes a point where you say, 'You know what, I think we've tried everything I know how to try and it doesn't add up,'" Mr. Kurnit said.

Pivot time!
He thought about giving the $20 million he had left back to the VCs, but Mr. Kurnit said Keep was an idea he believed could work. "I sat with my investors and we, as a group, decided let's take that resource and go make this pivot, pirouette, whatever anybody would like to call it."

On a February afternoon in 2012, Mr. Kurnit gathered his employees and put an end to his would-be revolution. "If I haven't talked to you in the last day," he said, "you're not going to be here next week." Forty of sixty employees were then dismissed and AdKeeper was soon finished as well.

Out of all the VCs who invested in AdKeeper, Mr. Lerer was the only one who would comment on its demise. Not Oak's Fred Harman, nor Union Square Ventures' Andrew Weissman, who as a partner at Betaworks was a small investor in AdKeeper when he answered "yes" to the question "Will AdKeeper work?" on Quora. "This is a trend we are right in the middle of and if ads become more engaging, content-like, then yes, people will want to save them to read/consume later," he said. 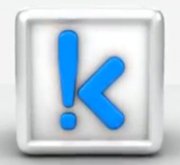 "If you hit on 100% of your investments, you wouldn't be a VC, you would be king," Mr. Lerer said. Everybody has wins and losses, he said, "and by the way, I don't count this as a loser, we'll see what Scott does."

Mr. Kurnit's current plans seem to have little to do with advertising. "There is a fundamental issue that I now believe in my core, which is different from what I believed in my core three years ago. That is: People do not like ads," he said. "At the time, either because I liked them or I grew up in a family that didn't watch TV and watched ads, I brought my biases and Nielsen's research backed it up." Nielsen, he noted, predicted 65% of people would like to keep ads.

In a subsequent interview, Mr. Kurnit said he believed people liked good ads and the preponderance of bad ads turns people off to advertising in general.

Either way, the AdKeeper experience has changed Mr. Kurnit. Keep, his new venture, is advertising-free, meaning the man who once believed ads were good enough to be kept now wants nothing to do with them.

"It's very interesting because, trust me, I have advertising in my DNA and there has never been an ad on Keep," he said. "Advertising, more often that not, ruins content experiences."

Mr. Kurnit is a convincing guy, so we'll leave you with a video of his original pitch for Adkeeper: