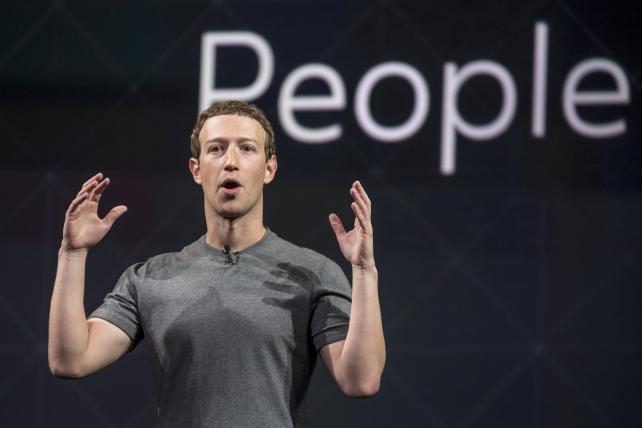 Mark Zuckerberg promised to root out data delinquent developers, but not everyone is buying his newfound zeal for privacy.

On Wednesday, Zuckerberg finally broke several long days of silence about Cambridge Analytica's reported abuse of Facebook data on 50 million users. The CEO vowed to police the platform more vigorously, and audit any developer that may have gotten access to user data.

In an interview on "Anderson Cooper 360" on CNN, Zuckerberg said Facebook was preparing to review thousands of apps. "We know what the apps were that had access to data. We know how many people were using those services and we can look at the pattern of their data requests," Zuckerberg said. "We'll be able to do audits of anyone who was questionable."

In the interview and an earlier post on Facebook, he even claimed a victory of sorts. "The good news is that the most important actions to prevent this from happening again today we have already taken years ago," Zuckerberg wrote in the post. He was referring to the fact that the loose data policies that enabled Cambridge Analytica have already been tightened. Developers can no longer access the data about a user's friends unless the friends also subscribe to that developer's services.

To critics, though, Zuckerberg's plan seems like closing the barn door after the horses ran off with 50 million bales of hay. If Cambridge Analytica had been using the illicit Facebook data for years already—and The New York Times reports that it did not delete all the data that it had claimed—there's no telling who else has copies, copies that wouldn't be easily found by Facebook auditors now.

"There are likely replicas of Cambridge's ill-gotten data out there," Media Matters said in a petition it released immediately following Zuckerberg's comments. "And unless Facebook puts a stop to everyone else that's using it, the company really isn't doing anything to fix the problem, instead just continuing its trend of employing inadequate half-measures."

The media watchdog group raised the point that it's even possible President Donald Trump's campaign has the Facebook data, because Cambridge Analytica was employed by his camp to handle digital advertising.

A "whistleblower" named Sandy Parakilas, who was a product manager at Facebook in 2011 and policed data breaches on the platform, testified before members of the British Parliament on Wednesday. He discussed his time at the company, saying "vast" amounts of data were being sucked up by developers.

"The ability to get a tremendous amount of data was a selling point for developers," Parakilas said.

He also said that it would be nearly impossible to track the data from thousands of apps with millions of users, because it could easily be transferred and stored offline.

Zuckerberg also faced criticism for how he has addressed the question of Russian influence during the election. For many, the Cambridge Analytica data is seen as likely connected to the Russian troll farms that targeted U.S. voters with misinformation via social media during the 2016 campaign.

In April 2017, Facebook issued an internal report about how the platform was abused by bad actors during the election, but did not focus on Russian-based internet farms as the culprits. It later disclosed that hundreds of Russia-linked accounts bought more than $100,000 in ads to stir disinformation around U.S. political issues.

"This was an incomplete assessment of the story as we know it," says Brian Wieser, analyst with Pivotal Research, who said Facebook has been best by "operational flaws."

The Russian trolls buying ads during 2016 were just one such flaw. Cambridge Analytica's reportedly pilfered data was another. And there have been several other high-profile Facebook missteps in the past two years. One was about reporting inaccurate metrics to advertisers and brands, which it is still trying to fix, Wieser says.

"Facebook was compromised by the Russians and they never really talk about it," says a top ad agency executive, who spoke on condition of anonymity to criticize one of the dominant powers in digital advertising. "Zuckerberg knows way more than he has described."

In an interview with Wired, Zuckerberg said Facebook is cooperating as much as possible with the government's investigations into Russian election meddling. "My view, at least, is that the US government and special counsel are going to have a much broader view of all the different signals in the system than we're going to," Zuckerberg said.

Today, it's particularly vexing that Facebook continued to work with Cambridge Analytica for two years after learning that the company employed a researcher to surreptitiously access user data. Facebook in 2015 told Cambridge Analytica to delete the data, but did little to no follow-up, according to reports.

The researcher Aleksandr Kogan was banned from the platform for creating the quiz app that was able to access 50 million user profiles, which he then shared with Cambridge Analytica, after claiming the app was for academic purposes, not political ones.

In 2014, Facebook changed the rules that would prevent developers form accessing data the way Kogan did, and now Zuckerberg said the company will be approaching developers from before that time to snuff out any other data leaks.

"If we find developers that misused personally identifiable information, we will ban them and tell everyone affected by those apps," Zuckerberg said.