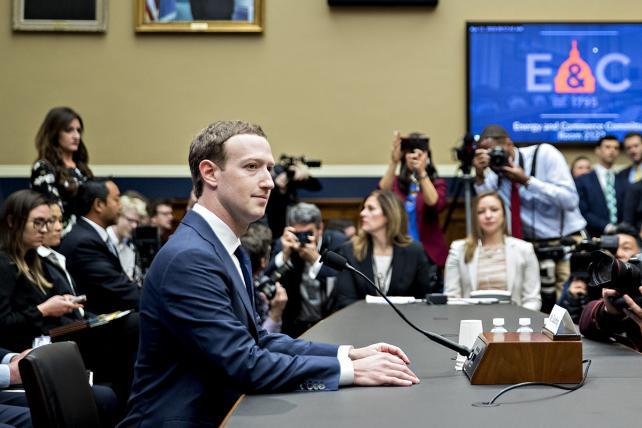 Mark Zuckerberg faced House lawmakers Wednesday during hours of testimony that touched on everything from how President Trump's supporters are treated on Facebook to the way the company gathers data on people who don't even use its service.

Zuckerberg was on Capitol Hill for the second consecutive day to answer questions from Congress, visiting the House of Representatives after sitting with nearly half the Senate on Tuesday. The spark for his appearances was reports that data firm Cambridge Analytica had used improperly-gained data on up to 87 million Facebook users, but the conversation didn't stop there.

Here are some of the highlights from the more-combative House hearing:

The conservative social media stars Diamond and Silk, who host video shows online, were the surprise heroes of many lawmakers who got to confront Zuckerberg. Conservative lawmakers said they were concerned that Facebook was censoring the Trump-supporting duo.

For months, Diamond and Silk have said Facebook was preventing their videos from reaching fans. They recently received a letter from Facebook explaining that their videos were "unsafe to the community." That fits a concern among some on the right that Facebook penalizes conservatives under the cover of hate speech and safety standards.

"Diamond and Silk is not terrorism," said Rep. Marsha Blackburn of Tennessee.

"Our team made an enforcement error and we have already gotten in touch with them to reverse it," Zuckerberg told Congress.

Zuckerberg said the left also complains to the company, claiming censorship of their views. "Our general responsibility is to allow the broadest spectrum of free expression that we can," he said.

Data in the shadows

"You're tracking everyone. You are collecting data on just about everybody," Rep. Kathy Castor of Florida told Zuckerberg. "You are collecting personal information on people who do not even have Facebook accounts."

The scope of Facebook's data gathering operation was a cause of concern for a number of other lawmakers, as well. They asked the company's CEO about how much data Facebook collects on people when they aren't logged into the service—or when they don't even have an account.

Zuckerberg acknowledged that Facebook does collect data on logged-out users and non-users, but claimed that was mostly for security reasons.

"We track certain information for security reasons and for ad reasons," Zuckerberg said. Facebook's ad network serves ads to websites it doesn't own, sites where a portion of visitors may be people without Facebook accounts.

Lawmakers also raised the issue of "shadow profiles," referring to data kept by Facebook that goes beyond people's Facebook activity or covers people who don't have Facebook profiles. Zuckerberg said he wasn't familiar with the term, but promised to report back to Congress about how many data points Facebook collects on non-users.

Throughout Zuckerberg's two days of testifying, the odds seemed to increase that lawmakers would introduce new laws or regulations governing online privacy.

Senators and representatives have already proposed new laws, including the Consent Act, introduced by Sen. Edward Markey of Massachusetts on Tuesday. The legislation would govern how internet companies gather data and notify consumers about the use of their data.

Europe has lead the way in regulating data and digital advertising; its General Data Protection Regulation set to take effect next month.

But not all lawmakers were on board with new hurdles for businesses.

"There are two things Congress is good at," said Rep. Billy Long of Missouri. "They are doing nothing and overreacting. We're getting ready to overreact."

Zuckerberg also was reminded of one of the first times he was forced to apologize for Facebook, when Long brought up Facemash—another site that Zuckerberg created in his Harvard dorm, one built to rate women on their looks. It subsequently became an embarrassment for him and eventually Facebook.

Long asked if it was still online. "It actually has nothing to do with Facebook," Zuckerberg said, again rejecting persistent suggestions that Facemash was a precursor or somehow related to his $450 billion company.

But Obama did it, too

Cambridge Analytica worked for Trump during his presidential campaign. Greg Walden of Oregon, who led the hearing as chairman of the House Energy and Commerce Committee, opened the discussion Wednesday by noting that President Obama's campaign also employed developers that could have accessed Facebook data.

A number of Republican lawmakers echoed that point, expressing interest in whether Obama's camp had run data operations similar to Cambridge Analytica's.

There was a question from Rep. Steve Scalise about reports the Obama team used targeting tools only available to them because Facebook employees shared the same politics.

"We didn't allow the Obama campaign to do anything that any developer on the platform wouldn't have otherwise been able to do," Zuckerberg said.