A lot of the buzz that has turned the South by Southwest festival into a media monster has been paid for and delivered by the big brands that sponsor it.

SXSW in Austin is one of the biggest conferences of the year for techies, filmmakers and musicians. Even the part of the conference known as SXSW Interactive -- previously geared at tech geeks and internet junkies -- is now a major mainstream production, with sponsors such as Miller Lite, Chevrolet and PepsiCo. And while there are plenty of old-school journalists there to cover the buzz, there are any number of bloggers sent specifically by corporate sponsors to help build buzz.

Attending SXSW is expensive. And this is where the brands come in -- they have the cash and want coverage of whatever it is they're doing. After all, if it isn't blogged, Facebooked or tweeted, then it didn't happen.

Ethical, professional and legal considerations come into play when there is an exchange of buzz for money, and could even hurt the credibility of some bloggers who want to be taken seriously. And then there is the matter of disclosure. 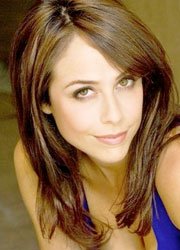 This year, Chevrolet is sending online video reporter Shira Lazar to be the official host for all Chevrolet SXSW content during 10 days of the event. That's airfare and hotel accommodations -- and some of the rooms can run as high as $500 a night. Also on Chevy's payroll: Veronica Belmont, co-host of Revision 3's "Tekzilla" and part of the automaker's "Cruze-arati" roster of blogger-endorsers. She'll be blogging, tweeting her 1.5 million followers and uploading video of her experiences at the festival as well as "chatting it up with other attendees and possibly even hosting webchats in the Volt Lounge," Chevrolet said.

Chevrolet spokesman Matt Dickman said content creators are asked to "capture the spirit of the event." Are they required to talk about Chevy cars such as the Cruze? "We don't ask them to talk about Chevy unless it makes sense with what they're doing -- like interviewing a celebrity while they are driven to an event in a Chevy Cruze -- and even then, the brand is in the background, but enabling that experience," Mr. Dickman said. "Last year, for example, we covered the best tattoos, coolest dogs and the best shoes for SXSW as well as celebrity access and entertainment." In addition to Ms. Lazar and Ms. Belmont, Steven Smith and Micah Jesse are sponsored by Chevrolet to cover music and film.

PespiCo has sent emails to journalists, offering to "cover the cost of your travel and accommodations while in Austin (pursuant with any guidelines your outlet may follow) to help give you and your readers access to the digital insiders event." The invitation also stated that the company offers a "behind-the-scenes look at the digital trend-setting event and a front-row seat for PepsiCo's and its brands' activations and announcements."

The letter also offered to set up interviews with company executives on hand at the conference. PepsiCo declined to say how many emails were sent out or how many journalists have accepted the invitation. A spokesperson added that sending content creators to SXSW was not a key part of PepsiCo's plans, but that it's customary in PR to reach out to media and provide story ideas, set up interviews and facilitate press.

The people who accept a free trip need to stay on the right side of not only the companies who spend tens of thousands of dollars getting them there, but also the law.

Linda Goldstein is the chief of the advertising, marketing and media division of Manatt, Phelps & Phillips. She said that the law requires sponsorship disclosure by reporters. "If you were to just write about the event, no disclosure would be necessary," Ms. Goldstein said. "But if you were to say something about PepsiCo or something that PepsiCo did at the event, that would be considered a material connection and would trigger the disclosure obligation."

The Federal Trade Commission issued a set of disclosure guidelines for bloggers in 2009.

Ms. Goldstein believes that, in general, the public knows that reporters and bloggers are sent to events by sponsors and advertisers and does not believe the public has concerns about it.

Ms. Belmont is disclosing her connection to Chevy's "Cruze-arati" with prominent logos on her site. Whether this kind of sponsorship affects coverage is up for debate, but with the current state of the media business, it's becoming par for the course.

Last week, Dan Frommer of Business Insider was in Barcelona covering the Mobile World Congress. His trip to Spain was paid for by Samsung, a major player in the mobile industry. Mr. Frommer posted a disclaimer, telling readers about the sponsorship and writing, "So we're feeling pretty warm and fuzzy about Samsung right now! That said, we will continue to strive for editorial accuracy and fairness, and we don't think that our Mobile World Congress coverage will be different as a result."

CEO and Editor of Business Insider Henry Blodget said he and his editorial staff assess sponsored travel opportunities case by case, based on the type of content they think they can get out of the event. "If we think accepting a sponsor's help will help us produce coverage that our readers love, we'll consider it," Mr. Blodget said. "If we think it will just lead to crap or fluff, we won't."

Samsung is one of the main sponsors of SXSW. Samsung said it was not paying for anyone's way to Texas, but its is sponsoring a blogging lounge.