Can You See My Ad Now?
READ THIS NEXT
Why data will change health care as we know it
Industry leaders talk viewability at Ad Age's New York headquarters.
Credit: Photos by Nathan Skid and David Hall

Digital ad spending in the U.S. is expected to reach $60 billion this year, on its way to overtaking TV by 2018. But its ascendancy isn't assured. One insidious problem threatens to undermine this growth: Up to half of all display ads are never actually seen by humans -- not because consumers don't notice them, but because they can't be seen. These are ads that never appear on a consumer's screen, or show up too fleetingly to register, but advertisers still pay for. 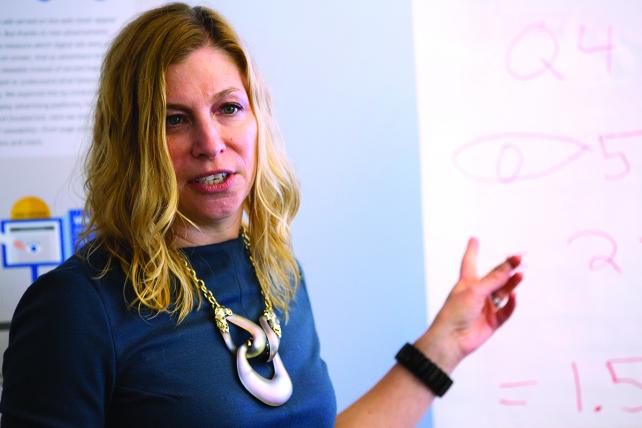 This issue is referred to broadly as viewability. Though it has dogged digital media for years, chief marketing officers are now paying attention -- and they've put everyone in the digital ecosystem on alert: Clean things up or we'll spend our money elsewhere.

In negotiations, ad sellers are fighting advertisers over how quickly every ad can meet the Media Rating Council's definition of "viewable": for display ads, at least 50% of pixels must appear on-screen for at least one second. They disagree over whether that definition is sufficient. And they're struggling with the fallout they'll accept from a new, viewable regime: Should officially viewable ads cost more?

So on April 1, Advertising Age brought together high-level representatives from marketers, publishers, media-buying agencies, ad-tech vendors and analytics firms for a daylong Viewability Summit. Surprisingly, perhaps miraculously, the group reached a measure of consensus on three key points that could help the conversation advance -- and keep dollars flowing to digital media in the process. 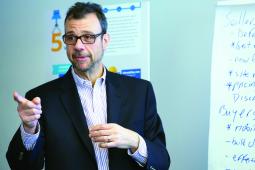 "The more we can solve or bring to light anything in digital, I think dollars will shift that way," said Sara Beresford, assistant VP-digital media at L'Oréal USA, during the on-the-record conclusion of the largely off-the-record summit. The alternative, she added, is to see brands "start pulling dollars from digital because they now know how viewable their ads are."

The topic that drew the most disagreement was when advertisers can expect all of their ads to appear entirely on screen or, at the very least, meet the MRC standard.

Unilever and GroupM have argued that every ad they pay for should be all the way in view, every time. The Interactive Advertising Bureau agrees with the goal, but calls 2015 a "year of transition" when looser enforcement should apply, suggesting campaigns in which perhaps 70% of impressions meet the MRC definition of viewable.

The summit didn't deliver a new accord on the pace of change. "Anyone who has the 100% expectation is naive," one marketer admitted, but nobody seemed willing to knowingly pay for unseen ads.

Participants did coalesce around clarity, agreeing that getting to full viewability is less important than agreeing on how to gauge it. 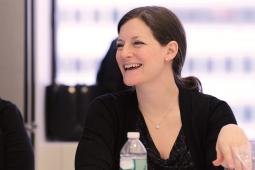 The MRC has accredited 17 companies so far to measure display ads' viewability. But that's made it easy for a publisher (and its vendor) to get a different answer than a media buyer (and its vendor). The MRC is working to alleviate the causes of disparate measurements, but it's not going to coronate a Nielsen of viewability. So publishers and marketers should be using the same company to determine viewability, at least on a deal-by-deal basis, summit participants said. And perhaps a smaller group of vendors will rise to industry-standard status. That alone would eliminate many of the problems today.

"We have to stop the bleeding," one participant said. "We have to stop arguing." Two very different cohorts will benefit until then: TV networks, which can pitch marketers on their ads' total viewability, and the digital ad-fraud artists that thrive amid chaos.

On the other hand, occasionally tearing up the old ways is probably necessary. "If there are problems in our ecosystem, disruption is the fastest, easiest way to exorcise those problems," said Joe Barone, managing partner-digital ad operations for GroupM Interaction North America.

"We really should be talking about mobile," one participant said early in the day. "The rest is like the Taj Mahal" -- a monument to the past. 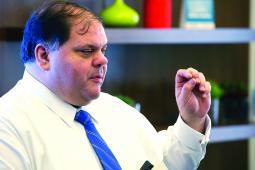 Publishers, marketers and ad-tech vendors agreed that a mobile standard should be set, starting by mirroring desktop rules. They also said the same standard should apply to ads on the mobile web and within apps, until and unless research proves that ads work differently in each venue.

Will Phung, VP-media at M&C Saatchi Mobile, said putting standards in place early will help unlock lush brand-advertising budgets for mobile. "With Fortune 100 companies coming in with more branding dollars into mobile, hopefully they bring in these solutions that we prebuilt for viewability into the mobile landscape," he said.

Some publishers fear viewability could spark what one attendee called a "Darwinian event" -- a mass extinction among publishers while a select few evolve and thrive. Here's why: If publishers can only sell viewable ads, they'll essentially lose a range of less prominent ad positions from which they've long made money. And marketers aren't going to accept price hikes on the remainder just to keep publishers' revenue up.

"The only argument for changing pricing is supply and demand," a participant said.

Ad prices will also rise naturally as supply and demand recalibrate, Mr. Steinberg added. "If we move toward 100% viewable," he said, "it will constrain the buy, it will strip out a lot of fraud and ultimately it will mean the unit price will go up and most premium publishers will net out roughly the same."

Ultimately everything should boil down to performance, participants said. It's only once ads are viewable that they can possibly have an effect.

"Viewability is the starting point, it's not the ending point," said Josh Chasin, chief research officer at digital measurement firm ComScore. "Once we know that we are dealing with a bucket of viewable impressions, now we can ask the questions: What do I need from these impressions for these to have more value for us? How long do I need my video ad to show? What percentage of the spot do I need to see?"