When It Comes to Facebook, Relevance May Be Redefined

To Create Conversation, Simple, Random and Banal May Be a Brand's Best Bets
READ THIS NEXT
5 NewFront Takeaways: What brands should know about Amazon, YouTube, TikTok, Roku and more

NEW YORK (AdAge.com) -- May 4, as you may or may not know, is National Star Wars Day, a fact recognized by no less august bodies than the Los Angeles City Council and the Church of Jediism, a George Lucas-inspired denomination that counts itself as the fourth-largest church in the United Kingdom. This year the occasion was also marked by the folks at BlackBerry, who updated their corporate Twitter account to read "May the 4th Be With You."

What does BlackBerry have to do with Star Wars? Not much, other than selling an app that turns your Torch or Tour into a faux light saber. But that didn't stop the tweet from being one of the company's most effective -- a phenomenon Brian Wallace, VP-global digital at BlackBerry parent Research In Motion, had to try to explain to colleagues. 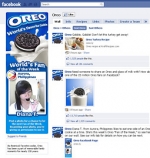 "I remember getting emails from my peers asking me why we would post such a thing and was this why we created our Twitter channel," he wrote in an email interview. "My response was that this post reached over 150,000 people, 98% of the posts were positive, most tweets made a positive association with our brand, and it drove a 15% increase in our followers. Now what's the value of all that to our company? For the cost of $0.00 we have increased positive brand sentiment, generated a measurable earned-media value and now have 20,000+ more people who I can share product-related information to. Not a bad ROI."

Redefining relevance
Marketing executives all over the world are having experiences not dissimilar to Mr. Wallace's. Relevance has long been a central tenet of effective advertising, but the rise of Facebook and Twitter are forcing a redefinition of the term. As it turns out, many people in social networks don't want to talk about your product, they just want to talk. We've long known that inserting brands into social-media channels requires a conversational touch, but many are surprised by just how conversational. There's increasing evidence that the most-effective kinds of marketing communications on these websites are simple, random, even banal statements or questions driven by the calendar or the whim of a writer that may not have anything to do with the brand in question.

What are you doing this weekend? What is your ideal vacation? What's your favorite movie or book? On Veteran's Day, BlackBerry posted a simple holiday-related message that received nearly 8,000 likes and more than 500 comments, many of which consisted of veterans thanking the brand and posting their PINs, allowing others to contact them via BlackBerry messenger. Reaction to that update far outpaced other recent ones concerned with products or tips.

It's never been particularly easy or cheap to get 8,000 people to do anything for a brand, but Twitter and Facebook may be changing that. "We're so used to advertising and marketing being highly reviewed, high-production-quality creative on which you spend a lot of money and time, and there's a whole flow built on creating and approving it, said Michael Lazerow, CEO of Buddy Media. "All the sudden, a very simple question, like 'What's your favorite movie?' is engaging your customers and that's your creative. People say 'Whoa.'"

With more than 500 million people on Facebook and Twitter closing in on 200 million users, "stream marketing," as Mr. Lazerow describes it, will be crucial. What goes into those ceaseless rivers, alongside updates and content from friends, said Mr. Lazerow, "is some of the most powerful and important creative that we're going to be dealing with." On the part of the writers, that requires a different ability that's far from what's been traditionally needed in marketing. Said Mr. Wallace, "You need to be skilled at understanding how a seemingly random-type message can -- in the end -- contribute to the company brand and/or behavioral objectives."

Content should lean toward conversational
Mr. Lazerow, whose company makes tools that help brands manage their Facebook presences, estimates that roughly two-thirds of a company's Facebook content should be conversational in nature. The exact ratio, however, depends on what it's trying to achieve. While there's no across-the-board data on how conversational posts compare to promotional ones, he said the evidence is clear. He pointed me to a few different examples on Facebook where those conversational posts produce eight to 12 times the response of more brand-oriented ones. "It's not always about your brand," he said. "It's about why people are there to connect with other people, [gettng them] to connect with you because they like you. The numbers speak for themselves."

Oreo is masterful in handling that balance between promotion and conversation. Consider the responses from several recent questions:

In case you're wondering, these numbers aren't far off what posts on Lady Gaga's page might do. Not bad for a 98-year-old cookie brand. Oreo's Facebook fan base has grown by 3 million since late October, giving it over 15 million fans. It's one of three brands, along with Coke and Starbucks, to penetrate a top 25 dominated by celebrities, entertainment properties and Texas Hold Em Poker.

The Kraft cookie's Facebook presence originates from a department at the digital agency 360i, which, with a dozen writers who work off pre-planned editorial calendar, is as organized as any publication and is now bigger than many. That department reaches more than 30 million fans across a long list of brands, including Coca-Cola, JC Penney, Lysol and Jell-O. Those writers typically have experience talking to people on behalf of brands, often as community managers in non-social network settings.

Inspire feedback
"When you have ad agencies or copywriters writing your Facebook copy, it ends up being promotional in nature and if you're not inspiring feedback no one's going to care," said Sarah Hofstetter, senior VP-emerging media and brand strategy at 360i. "You can only talk about your product so much. Balance that with you're not trying to be their best friend, you're trying to achieve some marketing objective."

For Oreo, as Ms. Hofstetter explains it, those objectives are both fan-base growth and engagement on the page. For other clients, it's a whole different thing. Bravo, for instance, is interested in clicks and views of the videos of its shows. BlackBerry's Mr. Wallace said that success is about getting likes, or shares, or comments. Or maybe the person will click on an ad or post a photo or video he or she took with a BlackBerry.

"In the end it's behavior-based," said Mr. Wallace. "A Facebook fan has no value. Getting a Facebook fan to do something does."