SAN FRANCISCO (AdAge.com) -- The role of a "chief listener" evokes images of fuzzy sweaters, chamomile tea and sitting around with a patient ear. Instead, try sifting through unstructured data and building complex queries. 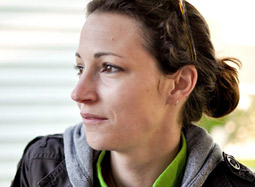 "We get about 300,000 new mentions of Kodak every month and we don't censor the comments or videos people create about our company," said Beth LaPierre, Kodak's chief listening officer, a role that's just starting to crop up in a few major marketing organizations and involves decidedly non-touchy-feely tasks. "I've spent the past five months defining how we handle those data via technology and tools."

The big task? Data mining -- and figuring out who needs the information.

"What kind of information does our marketing team need vs. our product team?" Ms. LaPierre said. "How do we classify the data? What is the process for handling 'ABC' information vs. 'XYZ' information?"

For example, she sends commentary about features and product requests to a product development team and so forth.

Her counterpart at Dell, Chief Listener Susan Beebe, describes her job, which she started in July, as building "complex queries."

"There is a data-analysis research role to this job, and I have a very technical background," Ms. Beebe said. Dell has thousands of new mentions per day and the CLO's job is one of "broad listening" -- as Dell has such a deep penetration globally in so many different markets.

Unlike many social-media jobs, this position is very inward-facing. She's listening to Dell customers and consumers and giving all the intel to her Dell colleagues internally.

"Our chief listener is critical to making sure the right people in the organization are aware of what the conversations on the web are saying about us, so that relevant people in the business can connect with customers," said Richard Binhammer, communications executive at Dell. Mr. Binhammer points out that "Dell has been listening for four years and created a position called 'Listening Czar' two years ago. We are a leader in the listening space."

In a world where marketing managers are eager to get their perspective across, the idea of hearing the consumer is often more foreign than it should be.

Indeed, the author of the 2005 article that was one of the early descriptions of the CLO positions makes exactly that point. "Marketing is a dialogue but the listening part is often the poor relation to the desire to get 'the message' out. Just look at budgets and what is spent on listening vs. other marketing communications," said David Jackson, founder of Clicktools, who introduced the concept of the chief listening officer in an article on customerthink.com. "Few have made the investment needed to integrate these messages into a single, 360-degree view of the customer."

Since Mr. Jackson's article came out, social media has grown exponentially, and the amount of data available to a CLO is practically infinite. "Unstructured data is important, and more so as social networking amplifies the reach and impact of the voice of the customer," he said last week. "Tracking this is important from a company-wide perspective and its ability to shape product and strategic direction."

Ms. LaPierre and Ms. Beebe pay stringent attention to social media -- Twitter, Facebook, YouTube, for example. But their advice? Don't get carried away when one person says something outrageous about your brand.

"My biggest thing is you have to look at the context before you look at the content. How many views is that video getting? Is that person an influencer? Do we need to contact them?" said Ms. LaPierre.

Mr. Jackson said that while only two companies right now have an official CLO title, many of the current positions will transform in the future. "There are a number of 'cut down' versions of the CLO in the shape of insight managers. Over time they will expand their role and grow into CLOs."