Coca-Cola Co. may not have been able to find a direct sales impact from social-media buzz, but McKinsey & Co. has -- on the negative side. 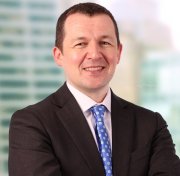 Mr. Gordon's remarks come a little more than two months after a Coca-Cola Co. executive at another ARF conference said the packaged-goods giant could find no statistically significant sales impact – positive or negative – from online buzz after an extensive cross-media study.

The Coke executive, Eric Schmidt, senior manager of marketing strategy and insights, acknowledged problems divining the sentiment of online chatter. And that may be the difference. McKinsey's Mr. Gordon, a former Procter & Gamble Co. brand manager, said the consulting firm initially couldn't find any connection between social-media buzz and sales, either when looking at overall data changes or even by applying an algorithm to assign sentiment to the buzz.

But McKinsey found the relationship between negative buzz and a decline in sales when it "hand tabulated" sentiment in social-media comments, he said.

Complaints about the sign-up process and call-center workers at the telecom provider drove the negative sentiment, Mr. Gordon said. The experience, he said, convinced him, "When we get into this stuff and analyze it properly, it will drive insights."

What assembled market researchers at the conference didn't have to offer just yet were cases showing direct positive impact on sales from social media buzz, though several presentations did detail positive returns from digital advertising, including in social media.

In a "Social Media Deep Dive" panel discussion on June 10, executives of General Electric, Colgate-Palmolive Co., ADP and social-media agency 360i all laid out their cases for social media, but didn't offer cases where any programs had produced measurable sales lifts.

"We're incredibly enabled by our CMO and our group leader to get out and experiment," said Andy Markowitz, director-global digital strategy at General Electric. "Our group has tremendous courage to go out and really not ask the questions of what's the exact ROI, but use this as a storytelling mechanism to make GE more accessible. So for us, you want to make GE more personal, make GE a place where you see the people behind the story, that type of story is easy to tell, and social is the best way to tell those stories."