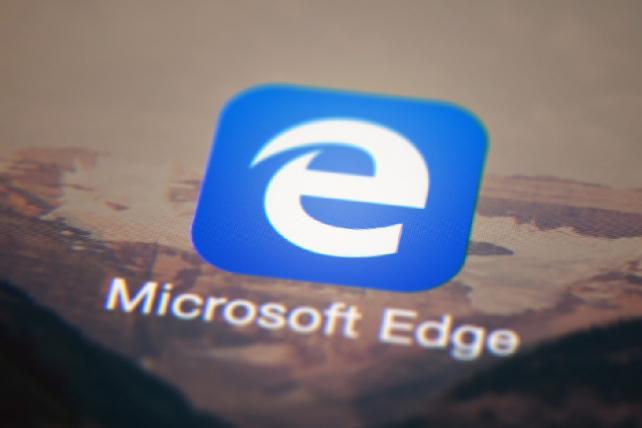 The Microsoft Edge mobile browser is hardly relevant when it comes to market share, but its latest move might entice consumers to give it a spin.

The company confirmed Monday that it's working with Adblock Plus to include the ad blocking software in its Edge browser for mobile, although the integration remains in testing. "This is part of the monthly updates our team does for mobile apps," a spokeswoman said in an emailed statement.

Estimates of the market share for Microsoft's Edge browser vary, from minimal (less than 4 percent) to non-existent. A quick glance on the Android app store shows that Edge has been downloaded some 5 million times, a far cry from the 100 million-plus install base that Chrome has.

Adblock Plus makes money by charging large companies such as Google to get their ads whitelisted through its "acceptable ads initiative"; it argues that it's trying to improve the web. Others, such as Facebook, have found themselves in a cat-and-mouse game with Adblock Plus. Facebook refuses to pay while Adblock Plus and instead works to defeat its technology; Adblock Plus counters by trying to develop workarounds so it can block ads on Facebook.

Not surprisingly, pages load significantly faster on Edge mobile with ad blocking enabled than without. Ad blockers already exist in the app stores, and according to a report by PageFair, some 308 million people use them to dodge ads globally.

Meanwhile, Microsoft last year joined the Coalition for Better Ads, an industry association aimed at ridding the web of the most annoying ads. Among the organization's members is Google, whose Chrome browser now blocks such ads, as defined by the group. Many thought that Microsoft would follow in Google's footsteps after joining the CBA, but that has not come to pass.