Diminished role for the Svedka femme-bot.

Three months after launching, Madison, WI-based MdotLabs has raised its first funding round to police fake traffic and insure advertisers' online campaigns against being served to imaginary people. Great Oaks Venture Capital, which invested in Invite Media, and Chicago Ventures led the $1.25 million round.

MdotLabs co-founder and CEO Timur Yarnall said the 12-person company plans to use the money to grow its data science and software development teams and expand its sales and marketing to make more people aware of ad fraud. The company released a study in August that claimed 10 traffic networks led to enough fake impressions as to cost advertisers $180 million annually.

Ad fraud has become such a big problem in large part because it's easier for advertisers to evaluate their spending on cost rather than sales generated, said Pivotal Research Group senior analyst Brian Wieser. There's also a pressure on brands' in-house ad buyers to be seen as bargaining lower ad rates, Mr. Wieser said. That led to a willingness among advertisers to eat up low-quality traffic even if it meant swallowing impressions wasted on fake visitors.

"It kind of defies sensible business practices to knowingly buy traffic just to get a low [price] when you know the drive of that low [price] is that some of the audience consists of bots," he said.

Investors have similarly taken notice of what Great Oaks Venture Capital founder and managing partner Andrew Boszhardt Jr. called "a massive problem." "There are going to be a lot of winners in the category," said Mr. Boszhardt, an early investor in automated ad buying company Invite Media which Google bought in 2010 for $81 million.

Of course there are already companies like Integral Ad Science (formerly AdSafe Media) and DoubleVerify that work to mitigate instances of ad fraud. Mr. Yarnall said existing ad verification companies "have generally been one-off solutions" that defend against ad fraud by focusing on whether an ad comes into view on a screen and checking whether the content of a site corresponds with an advertisers' brand-safety guidelines. 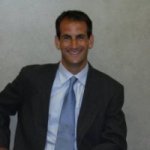 "This is an arms race that will never have the problem fully solved," he said. "People who make money [from delivering fake ad impressions] are always going to evolve their methods."

Great Oaks Venture Capital managing partner Ben Lin said this machine-learning gives the company a competitive advantage and said the venture firm looks to invest in early-stage companies because "in ad tech it's hard to keep a competitive advantage in later-stage companies." However last year Integral Ad Science introduced a product similar to MdotLabs technology that the company said can detect suspicious traffic and prevent an ad from being served.

Advertisers, agencies, publishers and ad tech firms can use MdotLabs to determine after-the-fact whether their campaigns or sites are subject to bot traffic. But that's like telling someone their accountant has been skimming off the top; it stops the problem but didn't prevent it. Mr. Yarnall said MdotLabs can also block ads from being served to suspicous traffic by hooking up with the systems serving ads.

MdotLabs makes money by effectively adding a tax on top of the price advertisers pay for every thousand ads served. The tax varies in reverse-proportion to the number of ads. "If someone is testing it out, we charge a premium CPM. As they increase in volumes [of ads], that CPM will become similar to an ad server cost," Mr. Yarnall said. Companies buying a lot of ads, such as agency trading desks or ad tech firms called demand-side platforms that purchase ads through automated real-time auctions, that want use to the technology on every campaign can license it from MdotLabs.