Brave Seeks to Filter Out Ads Served by Third Parties
READ THIS NEXT
TikTok tactics: What to know about reaching audiences on the social media platform 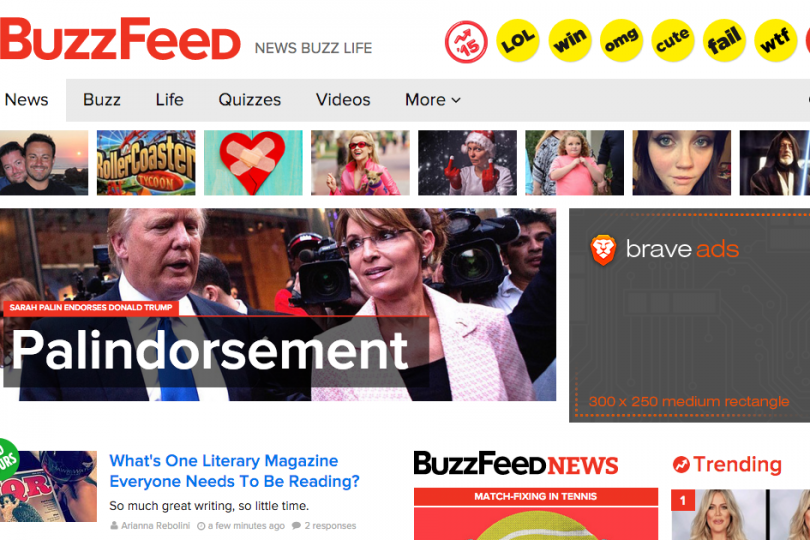 Brave Software's browser is designed to block ads served by third parties and replace them with its own.
Credit:

Brendan Eich shaped much of what has become the modern web experience. He created the JavaScript programming language that publishers have used to let people interact with their pages and ad-tech companies have used to track people's browsing behavior and target them with ads. He also co-founded Mozilla, maker of the Firefox web browser that offered a more customizable alternative to Microsoft's Internet Explorer, enabling for example third-party extensions that could do things like block ads on a publisher's page.

Now Mr. Eich and his new company Brave Software are trying to refine the economics of the web with a browser designed to end the inverse relationship between publishers' revenue and people's privacy by blocking third-party trackers and the ads they serve.

Brave Software may sound like yet another ad-blocking company, but it's more of an ad-tech company to hear Mr. Eich describe it. While Brave blocks the ads and trackers placed on publishers' pages by third-party companies -- using the same tracker list provided by Disconnect as used by Mozilla's Focus ad blocker -- it isn't actually looking to put an end to advertising or even tracking. People can disable the tracker- and ad-blocking, for one thing, and still use the browser. Instead the browser's creators want to do away with the prevailing scenario of unknown companies following people around the web in order to aim ads at them. In its place Brave offers to serve as a kind of firewall.

The browser is able to gather information about the sites that someone visits, but it doesn't offer a way for anyone to access that information. That information stays with each individual user's copy of the browser, meaning that not even Mr. Eich's company accesses it. Each Brave browser, however, can use that information to decide which ads to show people in place of those it blocks.

You read that right: Brave blocks some ads on publishers' sites and replaces them with its own.

Because Brave's browser prevents pages from loading code from third-party firms by default, it blocks those firms' abilities to serve ads, track visitors, measure traffic and analyze ad performance. If a publisher's own first-party code performs those duties, however, they will be able to continue.

A test of Brave's browser showed that the ads Yahoo serves on its home page's article feeds still showed up, but the ads that Google serves on BuzzFeed's home page were blocked.

Mr. Eich acknowledged that the Brave browser could have more of an impact on smaller publishers than larger ones that are able to perform their own ad targeting and serving. In place of the blocked ads, Brave displays a gray box that says "Brave Ads" and showed the size of the banner box, though people can turn off that function.

Eventually Brave wants to swap in its own ads for the blocked ones, in partnership with ad-tech firm Sonobi. Those replacement ads could only be targeted based on the anonymized information that Brave is able to collect on people's browsing behaviors, but would not be able to be combined with other information. That means the ads would be more privacy-friendly than a standard programmatically bought banner and cause less drag on page loading experience because there would be fewer background processes to run. A video that Brave has posted to YouTube compares the amount of time it takes to load a page with other browsers, and Brave's browser even displays page's load times in its address bar.

Brave plans to introduce a way for people to vote on the ads Brave serves, Mr. Eich said, adding a crowdsourced quality score that could inform whether they are served in Brave's browser.

But for Brave to be able to serve replacement ads, it needs to get advertisers and publishers on board. So far it doesn't have any. But Mr. Eich said he's in talks with an agency, which he declined to identify, to run a trial. Brave could attract more if it gets at least seven million people to use its browser, he said.

Unlike Eyeo's Adblock Plus, which charges big companies whose ads it whitelists, Brave will not offer deals with the third-party trackers it blocks.

Mr. Eich does want to work with publishers to develop a way to let the ads they sell directly pass through, even if they are delivered by a third party, since those ads usually only involve others for the actual placement and don't use third parties for ad targeting.

Eventually Brave also wants to offer people a way to pay to view publishers' sites without ads. That money would be shared among the publishers whose sites are visited, Mr. Eich said.

Much of what Mr. Eich and Brave have planned is in early development, following the company's $2.5 initial funding round that was announced in November. To that end, Brave Software is making the code behind its browser available for public viewing with the ability for outside developers to provide feedback and contribute to its development. Mr. Eich hopes that making Brave's code open-source will encourage publishers, advertisers and others in the online ecosystem to work with Brave on a new standard for how ads operate.