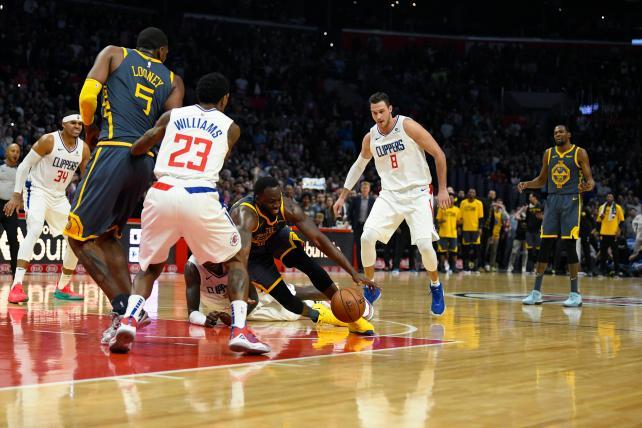 The National Basketball Players Association signed a deal with ReadyUp, linking up with an app that helps esports fans track and watch their favorite online gamers.

Under the deal announced Tuesday at Esports Rising, a Los Angeles conference put on by Sports Business Journal, the league's stars will have an opportunity to profit from the online video-game leagues they take part in, according to Payne Brown, president of the group's marketing arm.

"We're trying to give on our players a new way to engage with their fans through behavior they're already enjoying," Brown said.

The deal highlights the growing popularity and financial clout of esports, where revenue is projected to climb 32 percent to $906 million this year, according to market researcher Newzoo. Backers of the business, in which fans watch professional video-game players in arenas and on TV, launched two major leagues this year with Activision Blizzard's Overwatch League and Riot Games' League of Legends Championship Series North America.

With franchisees, salary caps and multimillion dollar TV deals with networks such as ESPN, the leagues are looking a lot like football or basketball.

"Esports is entering a new phase, a rather critical phase on its way to maturity," said Robert Muller von Vultejus, managing director of Lagardere Sports Germany, a European marketing firm.

Corporate sponsorships, the biggest source of revenue for leagues and teams, are also growing. Epic Games is said to be asking as much as $25 million for sponsorships to its Fortnite World Cup, according to the website BroBible. New advertisers joining the industry include courier DHL Worldwide Express, which created ads featuring a delivery truck within a scene from the game Counter-Strike: Global Offensive. Software giant SAP SE has been sponsoring esports to reach tech-savvy young people who may want to work for the company one day.

Ken Hersh, an oil-and-gas investor from Dallas who is a part owner of the Texas Rangers baseball team, bought an interest in the professional video-game organization Team Envy to get in on the ground floor of an emerging industry.

"The whole ecosystem of traditional sports was being transformed to the digital world and it was happening very quickly," Hersh said.