Nestle Cozies Up to Startups at Silicon Valley Outpost 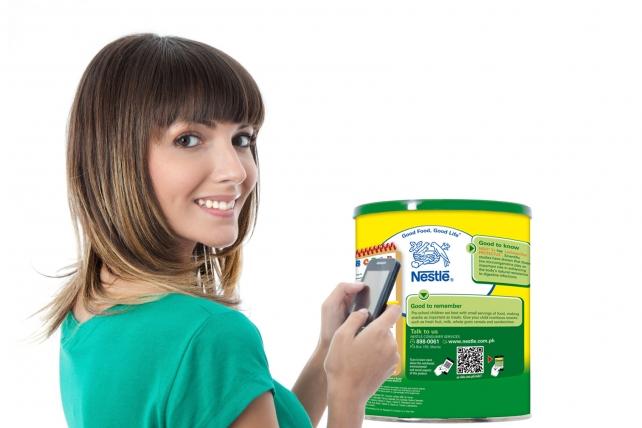 Nestle's 'Beyond the Label'
Credit:

The world's largest food and beverage company has joined the ranks of marketers establishing a presence in Silicon Valley.

Nestle, which is headquartered in Switzerland, has been quietly operating its "innovation outpost" in the Bay Area for about a year. But the company has only recently begun to talk publicly about the program, which is designed to get the marketer closer to startups. Executives plan to share more details at the upcoming Ad Age Digital Conference, held April 1-2 in New York City.

The outpost is actually housed in two separate locations: at an office in Menlo Park, as well as space at an incubator called "Mad Valley" that is run by Universal McCann and includes startups such as Pixlee, which specializes in managing user-generated photo campaigns.

Nestle, which employs 339,000 people in more than 150 countries, has kept its Bay Area outpost small and nimble. Only two employees work there full-time: Stephanie Naegeli, who is a digital innovation manager, and Mark Brodeur, the company's global head of digital marketing innovation. Mr. Brodeur is scheduled to speak at the Ad Age Digital Conference along with Pete Blackshaw, Nestle's global head of digital and social media.

"In many respects we can't afford not to be [in Silicon Valley]," Mr. Blackshaw said in an interview. While plenty of tech companies visit Nestle's Swiss headquarters, "it's different being out there feet on the street, connecting with the startups, feeling the energy."

Nestle is emphasizing digital as a way to share more nutritional, wellness and environmental information about its products. For instance, the marketer is rolling out a global program called "Beyond the Label" that includes putting quick-response codes on packaging. Users scanning the QR codes are taken to digital sites displaying health information, recipe ideas as well as facts about how much water or energy was used to make the product. The program, which was created prior to the Silicon Valley outpost launch, is in more than 30 countries, but has not yet made it to the U.S.

"How do we let consumers read more behind the brand? Mark and Stephanie are looking for ways of taking that to the next level," Mr. Blackshaw said. "We are in a new era of transparency. Consumers are ever-attentive to product detail. There is high thirst for more information. That is one of the very real realities that's come out of social media."

Back in Switzerland, Nestle has established an intense internal training program designed to get employees fully versed on digital and to think more like startups. The initiative, called Digital Acceleration Teams, involves sending teams of 12 employees from across the globe through an 8-month program at the company's headquarters in Vevey.

The program targets "high potential leaders" and puts them in a "startup-like environment" that includes "a series of hack-a-thons where they have to solve problem in a matter of weeks or months," Mr. Blackshaw said. Team members are "assigned directly to a business on a key digital strategy," he said. Since launching about two years ago, the program has graduated 36 people, and Nestle has even begun creating local versions of the initiative in other markets.

It takes a big time commitment, but Mr. Bradshaw said it is worth the investment. "There is a lot to learn in digital," he said. "There's a big cultural mind shift. I don't think you can go to a weekend seminar or 'camp interactive' and figure that out. You can't snap your fingers and turn everybody into a startup person. There's a certain immersion to it."

He added: "It's not all training. They are doing real work."