Nestle's corporate headquarters is a refined place -- a graceful midcentury building with sweeping views of Lake Geneva and the Swiss Alps, a corporate cafeteria that serves wine at lunch and a dress code of suits and ties even on Fridays. 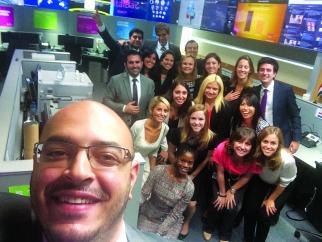 Don't mistake it for a throwback, however. On the sixth floor, just beyond a life-size KitKat Android and a kiosk overflowing with Maggi seasoning packets, a dozen young staffers from around the world are gathered in the service of digital transformation.

They've traveled to Vevey, Switzerland, from Pakistan, Portugal, Venezuela and nine other corners of the world, leaving behind homes and families for eight months of training and development as part of Nestlé headquarters' Digital Acceleration Team, a program aimed at bringing a far-flung corporation into a fast-evolving digital and social world. They're in their first week. 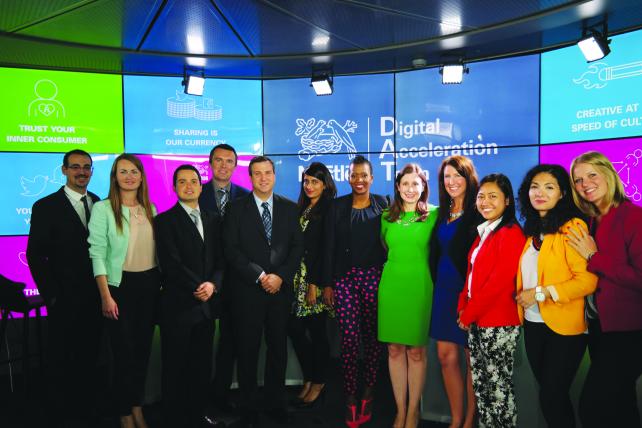 The team's space is ringed with digital screens flickering with data points about Nestlé and its brands. One screen tracks social buzz around the company's top global brands, another shows where the chatter is coming from. A third screen traces a brand's conversations vis-à-vis competitors, while another screen displays a new tool Nestlé calls "Pulse," which tracks the types of customer-service inquiries the company is getting, a recognition that not all feedback comes via social.

Each DAT participant introduces themselves and explains why he or she raised a hand to be part of the program, now in its fourth round. The answers range from wanting to become a better risk-taker to a desire to better connect sales and marketing with e-commerce. It's not just participants who have to step up; their local markets must support them, too, as they keep paying their salaries. 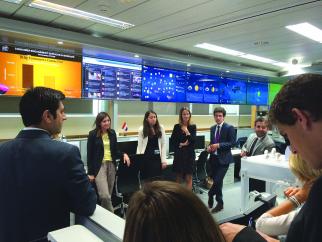 In addition to the training they'll receive through April in areas including social listening and engagement, analytics monitoring and digital-content production, they'll divide into teams, typically of two, to do work for brands and departments around the world. DAT works a little like a venture capital fund, evaluating proposals and deciding where to invest time. A previous DAT, for example, performed a comprehensive social-listening analysis to uncover key insights around the "pizza of the future" in the U.S. and Canada for the Nestlé Research Center.

Setting up the DAT program was one of Pete Blackshaw's early projects after arriving at Nestlé in early 2011 to lead global digital and social media. Company executives made the requisite trip to Silicon Valley and were inspired to replicate elements of the area's "hack" culture back at HQ.

But Nestlé is a famously decentralized company -- so to spread the gospel it relies on a human network effect. The idea is that DAT alumni will return to their home markets, having become disciples for digital, eager to spread the good word.

"They spend eight months together, so as they go on that journey [back in their home markets], they have a partner across the world," said Justin DeGeorge, the global Digital Acceleration Team marketing manager. Following the example set by headquarters, 12 local DATs have sprung up around the world, none of them with the exact same model.

DAT Dubai, for example, brings in the market's brand teams when they're working on campaigns and sets them up with community management tools. The brands' agencies also visit three days a week.

The push for digital acceleration comes as Nestlé faces the same challenges as many of its CPG cohorts: how to ramp up sales in fast-growing developing economies and eke out growth in developed countries where stagnant wages have reduced consumer spending power -- all against a rapidly changing media environment. Nestlé must also find ways to appeal to consumers who are shunning big processed-food brands in favor of smaller brands and freshly prepared foods.

While DAT in its early days was highly focused on social listening and engagement, it has evolved into a program focused more on leadership, Mr. Blackshaw said. "I don't want this to be seen as a digital program," he said. "It's really about leadership and cultivating change agents."