For a company best known at its inception as the "Netflix of textbooks," online textbook rental company Chegg has spent the last four years building relationships with college-aged consumers through an ever-expanding array of services.

Now, under the guidance of some big-name online entrepreneurs, the company will start using them to offer marketing-services to brands.

Chegg is expected to announce today a new brand partnership program, and the hiring of Elizabeth Harz, who formerly ran media sales for EA and category sales strategy for Yahoo, to oversee it. The program will open all of Chegg's traditional and digital media assets up to big brands looking to tap the college market.

Chegg will also kick off a new daily-deals arm to its digital offerings by July, tailoring offers to students across categories by location and interest.

The company hasn't released specific numbers of how many students use its rental program nationwide, but CEO Dan Rosensweig said Chegg has "a direct relationship" with 25% to 30% of the estimated 18 million college students in the U.S. through its textbook rental program (launched as a startup in 2007) and its newer digital offerings, such as homework help, class scheduling and course-ratings services. (Chegg integrated these services in March after acquiring Courserank.com and Cramster.com last year.) In another clue to the size of Chegg's business, the company plants a tree for each order placed, as part of a partnership with American Forests, and last month planted its 5 millionth tree.

"We have moved from a company that talks to students two days a year to being relevant to them 300 days a year," said Mr. Rosensweig, a former chief operating officer at Yahoo who prior to coming to Chegg was president-CEO of Activision's Guitar Hero Division. He joined Chegg in February 2010 and said the company has been approached by a series of high-profile marketers about potential partnerships. "We've built a very powerful base to help top brands reach students," he said.

Helping kick off the brand partnership program will be Dr Pepper (which has worked with Chegg before on a box-design contest), Capital One and Hewlett-Packard. The company has yet to firm up deals with brands for its daily-deals program but said it will announce those in the coming weeks prior to its launch.

Robert Stone, director of interactive and emerging media at Dr Pepper Snapple Group, wouldn't reveal details about the results of its previous program with Chegg or the nature of the companies' future partnership, but said the return was "everything [Chegg] said it would be. ... That group knows how to execute."

Ms. Harz, who brings 20 years of marketing experience to Chegg, and has worked with Mr. Rosensweig in four different roles in the past, including a stint at Yahoo, said Chegg's reach on campus is pervasive, starting with the boxes used to ship the books. "In boxes, on boxes and around boxes" will be key touch-points, she said, as will the company's digital assets, including its website, email list, mobile app, Facebook page and Twitter feed (its Facebook page has close to 60,000 likes; its Twitter feed has more than 10,000 followers).

She said the new daily deals, like the rest of Chegg's planned advertising offerings, will thrive on keeping offers relevant and valuable to students. "This is the first time many students have disposable incomes and a direct choice over the brands they choose," Ms. Harz said. "This is a systematic and national opportunity to target college students and to speak to them by gender or location or major or class year, and really be able to engage them in meaningful conversations."

Though some pundits believe the sprawling daily-deals market is already oversaturated, Mr. Rosensweig said he thinks Chegg is doing something new -- focusing on a category of consumer and bringing them deals that are hyper-specific to them. 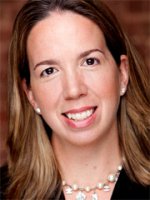 He said that even though Chegg will never be able to serve all the needs of all students, the company wants to play an important role in students' efforts to save while in school. "Education in the U.S. is broken," he said. "We're building a company that focuses on making college easier, more affordable, saving students time and money, and helping them get smarter."

The idea is that new services will keep students coming back to Chegg often, which will in turn help support its bread-and-butter rental business. The danger is if Chegg overloads itself with ads and fails to remain transparent and valuable to students.

Still, Carol Phillips, millennial expert, president of the market research firm Brand Amplitude and professor of marketing at the University of Notre Dame , said textbooks remain an enormous expense for students, and if they're getting a good deal, the college-aged set is likely to be more forgiving of advertising. "As long as [ads] don't get in the way of what they are trying to experience, or their enjoyment, they'll tolerate it," she said. "It's all comes back to transparency and relevance. If it gets to be too much, too distracting, they probably won't like it."