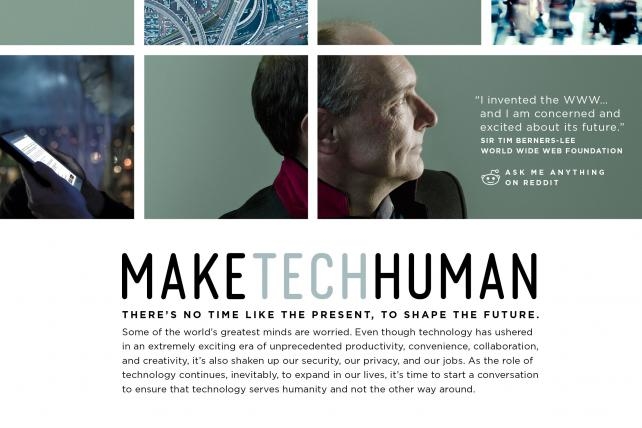 Nokia -- the technology supplier, not the mobile phones -- wants to remind you it still exists.

The Finnish company, which sold its phone business to Microsoft last year and makes most of its money from selling equipment to telecomm giants like Verizon and Sprint, is paying Wired magazine to produce an editorial-style website called MakeTechHuman that aims "to start a conversation about where technology is taking humanity." Topics will likely include security, privacy and jobs.

The year-long, multi-million dollar campaign -- which includes print ads and events -- is "really both about showing that Nokia is still not just alive but strong and also contributing to resolving some big global issues," according to Barry French, head of marketing and corporate affairs at Nokia, which marks its 150th anniversary this year.

"Although technology has ushered in an extremely exciting era of unprecedented productivity, convenience, collaboration and creativity, it's also shaken up our security, our privacy and our jobs in many ways," he said in an email. "It's time to start a conversation to ensure that technology serves humanity and not the other way around." 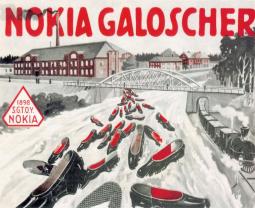 Large companies like General Electric and American Express have earned acclaim for their content-marketing hubs, but the internet chewed up and spit out the last site that a company in the mobile space sponsored. That was Verizon's SugarString, meant to rival tech publications like Wired and The Verge. Shortly after its debut last October, SugarString gained notoriety when the editor (erroneously, Verizon said) told aspiring writers that coverage of net neutrality and espionage were barred. Facing intense backlash and ridicule, Verizon shuttered the site two months later.

Instead of competing with other tech publications, however, Nokia is enlisting Wired's help.

"The goal is to be provocative, have a debate and a large conversation," said Kim Kelleher, Wired's publisher. "This isn't something you hear from most companies."

Wired's Brand Lab, a new in-house shop that works with advertisers on story-telling and events, will produce short- and long-form articles for MakeTechHuman, which is part of the magazine's website. Notable writers and experts are also expected to contribute. Nokia marks Brand Lab's kick-off program. A series of question and answer columns are slated appear in the print pages of Wired in its May, June and August issues.

Whether Nokia embraces thorny topics or instead sticks to easier subjects (like gadgets) remains to be seen. Topics for the site are "crowdsourced," meaning Wired will ask readers and industry luminaries to recommend the subject matter. On Tuesday, for instance, the campaign rolls out with an Ask Me Anything -- known as an AMA -- on Reddit with Tim Berners-Lee, a founder of the World Wide Web. In the AMA, Mr. Berners-Lee is expected to indicate:

"I'm part of a campaign enabled by WIRED and Nokia discussing all of these topics that I hope you will join me in here: wired.com/maketechhuman"

And next week, Wired and Nokia are hosting an invite-only dinner with the tech community at the TED conference in Vancouver. Original content will begin appearing on MakeTechHuman shortly after the dinner. The articles will carry the label "sponsor content," according to a Wired spokesman. Currently, the site is populated with articles from Wired's editorial staff. These articles will be replaced with content from Wired's Brand Lab.

A live event is scheduled for the fall to discuss certain issues the program tackled. The final piece of the campaign is a documentary about what "people are worried about, what the experts say, and the innovative tactics being used to address these concerns," according to the two companies.

"The last phase of it is to solve those problems," said Maya Draisin, associate publisher-marketing at Wired.