Office Hours: starting a new job in a pandemic

Snap Inc.’s Peter Naylor discusses what it was like joining the company without meeting his team in person
READ THIS NEXT
Verizon Media rolls out identity-free ad-targeting alternative 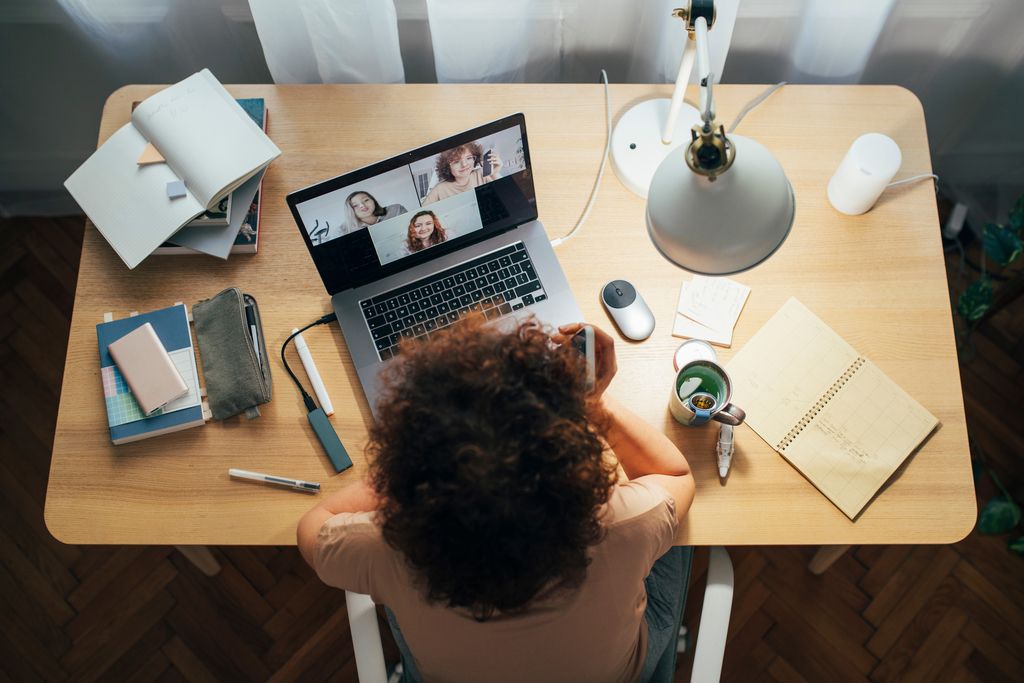 The way we work is rapidly evolving. In a matter of months, the pandemic has forever changed how we communicate, where we conduct business, the technology we use and how we juggle home and work life. There’s also been a much-needed spotlight thrown on the makeup of the workforce and the efforts being done to make the ad world a more-inclusive place. Every Thursday, Ad Age will tackle a different issue regarding the way these changes are impacting our professional lives—from mental health and wellness to creating new jobs, re-imaging the leadership ranks and what the new office space will look like.

On board, off site

Peter Naylor was quietly interviewing for his new role as VP of sales for the Americas at Snap Inc. before the pandemic completely shut down the country. As head of ad sales for Hulu at the time, Naylor was pretty sure that, as other companies laid off and furloughed workers, the offer from Snap wasn’t going to happen. So when the call came saying he got the job, Naylor says it excited him to see a company that was willing to invest in people in a downturn.

Naylor officially started at Snap on May 4 and has still not been able to meet his direct reports in real life. The onboarding process, he says, was seamless; since Snap is a global company, much of the training was pre-recorded and lives on demand. He says onboarding is one area companies should think about keeping virtual, even when people return to the office.

While its certainly been an “unusual” experience joining a company virtually, Naylor says he “immediately felt a sense of people going out of their way because they knew it was so unusual.” But he says he thinks he had it easier than his new employees. “Everyone is experiencing working from home. I was just learning the company, but they had to deal with having a new boss while in the pandemic … how cruel is that?”

Communication has been key, with Naylor saying he has made it a point to try to over-communicate with his direct reports. The biggest challenge has been the lack of spontaneous interactions, he says, like the hallway conversations or the discussions that happen when you are waiting for a meeting to start or after a meeting is over, which is where he says you pick up on things you might not get otherwise.

Snap employees are staying connected in the way most other company employees are—videoconferencing, emails and Slack—but, of course, they also Snapchat.

Naylor expects the ad world to change in several ways post-pandemic. “We don’t have to travel as much as we thought and a lot of those conferences will probably get winnowed down.” As it relates to the Consumer Electronics Show going virtual, Naylor isn’t as eager as some to skip Las Vegas, but he says “I’m sure we will come up with ideas on how to connect with people early in the year.”

He also believes there will be more flexibility in the workplace, especially for parents who need to work from home for whatever reason.

One thing companies should keep an eye on, though, once some people start returning to the office and another subset of employees are still working from home, there will be “some serious FOMO,” Naylor says. “Those in the office will be able to have those spontaneous interactions, so it is something we need to be aware of.”

Naylor is currently working from home with his grown children, who also have jobs in the ad world: one is at Quibi and the other at Creatively, a startup dedicated to creative talent. “It’s like WeWork over here—we all disappear during the day to find the hot spots and then we meet at the dinner table at night,” he says.

While Naylor is all for flexibility and working from home post-pandemic, he says through this time he has found he is still an “outside cat.” “You can learn at home, but going to school enhances learning … you can pray from home, but worshipping in church is different. … As an outside cat and someone who is in sales, I’m looking forward to getting back to the workplace.”

It won’t happen in Vegas

The Consumer Electronics Show won’t take place as usual in January 2021 due to COVID-19, Ad Age’s George P. Slefo reports. Instead, the show, which typical happens in Las Vegas, will be all-digital. This makes CES the first tentpole event of 2021 to move online. It will certainly be interesting to see how CES—known for its glitzy parties that in years past have featured musical appearances by Lil’ Wayne and Aerosmith’s lead guitarist Joe Perry, and the ability to play with big-screen TVs and VR headsets—transitions to virtual. Michael Kassan, whose MediaLink is an official partner of the confab, says “a digital show in ’21 will provide opportunities for exposure that parts of the industry may not have had previously and, if anything, this could pave the way for a re-imagined, more inclusive, more intimate in-person experience on the floor in ’22.”

If there’s one piece of technology that’s encapsulated how we work in the pandemic, it’s certainly Zoom. But what happens to the videoconference platform once people start returning to the office? Albeit, with things like CES already going virtual, it seems like Zoom’s place in culture is solidified for the time being. Ad Age’s Jack Neff spoke with the company’s Chief Marketing Officer Janine Pelosi about what happens once lockdowns subside.

“I do believe the adoption of technologies that allow you to be effective wherever you are, whether home or anywhere else, is a trend that will stay. I have a friend who lives in the Bay Area who would go up to Seattle twice a week for meetings. And he’s just going, ‘That will never happen again. Why was I ever doing that to begin with?’ There are certain companies that are saying that if their employees want to be remote permanently, they can. We would not have seen that six months ago,” she said. Read the full interview here.

The pandemic is right-sizing what has become a “bloated” advertising industry, according to a story in the New York Times. There’s of course the obvious spending reduction in the wining and dining that has long been a trademark of the ad world due to the lockdowns.

And then there’s also the shedding of employees and office space. In its earnings report this week, IPG said it plans to cut another 1 percent of its global workforce and will exit 500,000 square feet of leased office space in 40 global locations, Ad Age’s Lindsay Rittenhouse reports. IPG agencies including R/GA, McCann Worldgroup and MullenLowe have implemented staff cuts since the beginning of the year.

Over at Omnicom, Group Chairman-CEO John Wren said during the company’s earnings call that it laid off 6,100 employees, reduced real estate and implemented salary cuts and hiring freezes in the second quarter. And he didn’t rule more cost-saving measures for later this year.

As new digital privacy laws come into effect, the industry may start to see more roles emerge that deal directly with navigating and implementing privacy programs. IPG Mediabrands’ UM appointed its first chief privacy officer in Arielle Garcia, who is charged with developing policies and procedures around new laws and educating and training employees and clients on how to collect and share online consumer data ethically, Ad Age’s Lindsay Rittenhouse reports. Garcia, who previously served as VP of business operations and compliance for UM’s ExxonMobil and Accenture accounts, takes on the role as the industry navigates new digital privacy laws like the U.K.’s General Data Protection Regulation and The California Consumer Privacy Act.

In other new hires, Nike named Kellie Leonard as the company’s new chief diversity and inclusion officer. The sneaker giant’s hire of a Black woman comes, of course, as brands are under pressure to diversify their leadership ranks.

Google is now saying its employees can work remotely through June 30, 2021, Ad Age’s George P. Slefo reports. This makes it the largest company so far to extend its work-from-home policy into next year.