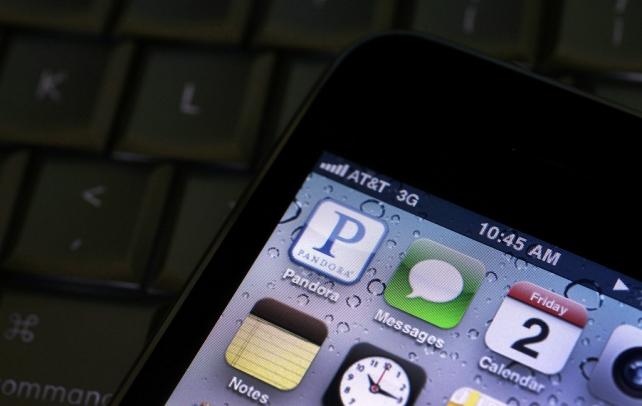 As the media industry continues to adapt to an increasingly mobile audience, it's evident that Pandora and Twitter are ahead of the curve.

A new report released by digital research firm ComScore tracked unique viewers across all devices (laptops, PCs, smartphones and tablets) for the 30 most heavily trafficked digital media properties in the U.S., and found that Pandora and Twitter were the most well-indexed on mobile. Older, more well-established media properties like Viacom and Disney lagged behind their competitors in terms of having a significant portion of their audience come from mobile.

The Media Metrix Multi-Platform -- which is still in beta -- found that a whopping 81.2% of Pandora's users access the music-streaming service from mobile devices. For comparison, the study found that 54% of all the 243 million unique viewers in the study accessed properties via mobile. 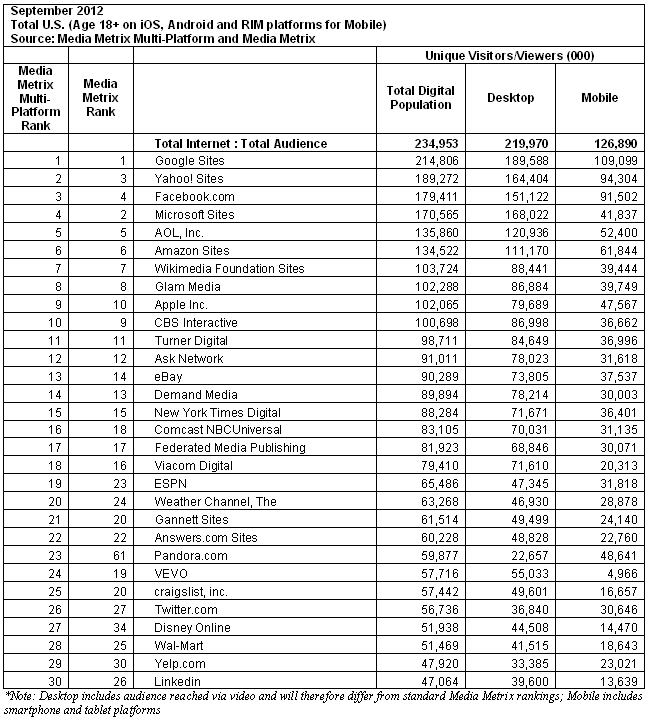 Based on solely PC viewer data, Pandora is the 61st-ranked media property on ComScore's Media Metrix index. Using the multi-platform ranking, however, Pandora is No. 23, the largest jump in the study.

More than half (53.6%) of Twitter's unique viewers use mobile. Google, meanwhile, receives 51.6% of its uniques from mobile and was the only property to have more than 100 million uniques on both PC and mobile.

Not far behind was Facebook, the social network that 's repeatedly said it wants to be a mobile company, with 51.2% of its unique viewer audience using the network from mobile.

The New York Times was the only newspaper to rank in the multi-platform top 30, coming in at 15 with mobile accounting for 40.9% of its uniques viewers.

On the opposite end of the spectrum were Disney Online (27.7% of uniques from mobile), Viacom (25.4%) and Microsoft (24.4%), who is the midst of a billion-dollar marketing push for its Windows 8 operating system and accompanying tablet, the Surface.