An App That 'Listens' to Audio to Release Content
READ THIS NEXT
Watch live at 12:30 p.m. ET: Miracle Mop founder Joy Mangano on the future of livestream shopping

Paramount Pictures has released an augmented reality app for its upcoming film "Star Trek Into Darkness," and on Sunday smartphone owners can use it to unlock special content from the film. What that content is, however, Paramount won't say. 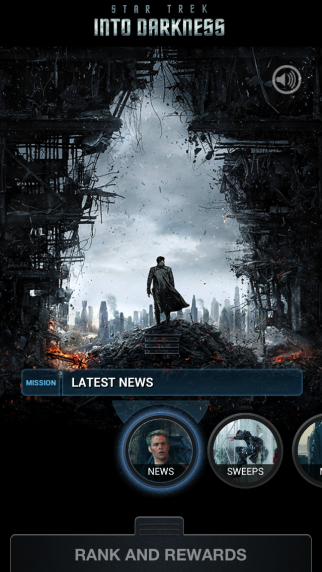 When the movie trailer runs during the second quarter of the Super Bowl, users can open their app and use it to "listen" to the audio. In return, they'll receive something related to the heavily anticipated film.

In order to develop an app that can not only sense a user's location, but perceive the world around him, Paramount turned to Qualcomm. For years, Qualcomm was quietly known as "the Intel for smartphones" because it specialized in creating microprocessors. Now, Qualcomm wants to be recognized as a company that enables interactive mobile experiences, and the technology at display in the "Star Trek Into Darkness" app is almost as futuristic as the film itself.

Using Gimbal, the app can identify sounds captured by the smartphone microphone. During the Super Bowl, this will mean identifying that yes, the audio played in the app user's location is indeed audio from the trailer. Gimbal has a geo-fencing component that can identify a user's location within 50 meters.

The app also encourages users to find and upload promotional pictures for the film in exchange for rewards including points and military-style rankings. If a user takes a photo of a "Star Trek Into Darkness" poster with the camera on his or her phone, Qualcomm's Vuforia technology will recognize it as being from the film.

A user who takes a photo of a "Star Trek Into Darkness" film poster might receive 20 points and a promotion to chief petty officer, for instance. The more points a user has, the more he or she can unlock.

The release of the high-tech app comes just hours after the Federal Trade Commission released new privacy guidelines for app developers and Qualcomm is keenly aware of the concerns app users may have about technology that track location and perceive images and sounds.

Ian Heidt, Qualcomm's' director of product management for Gimbal, said that Gimbal is opt in and the geo-tracking feature can be turned off at any time after it's activated. Similarly, the audio-identification feature is only activated when a user presses the touchscreen. If a user deletes the "Star Trek Into Darkness" app, Gimbal is no longer on the phone.

The app is available in both Google Play and the Apple App Store. The previous installment in the Star Trek franchise, "Star Trek," grossed more than $385 million worldwide.