Pinterest Is Working on a New 'Explore' Section for Publishers, Brands 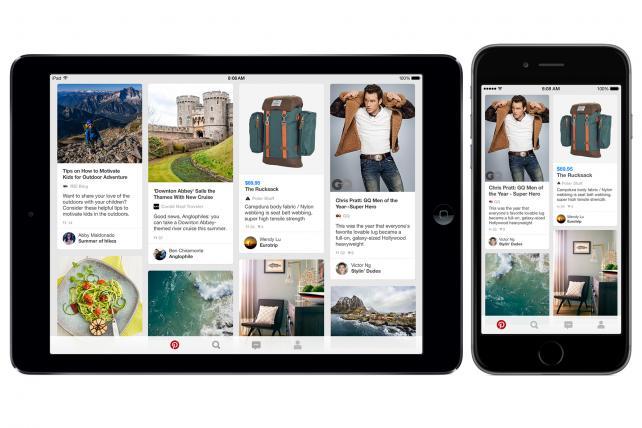 Pinterest will add an 'Explore' section to its site.
Credit:

Pinterest is building a new media channel for publishers and brands to create videos and multimedia posts, according to advertisers familiar with the plans.

There will be places for advertisers to buy into media sections, for now at least. A person familiar with Pinterest's plans said the new channel's ad offering will be pushed out initially as a test. Where the company takes it from there remains unclear.

"Advertising will be a piece, but it is a test," the person said. "The advertising would be a video. Just think of one of the units in this area as an opportunity for an advertiser to buy a video ad unit".

"This is a way for people to find very cool, new trending content," the person added. "It is about media players and publishers highlighting organic content."

It's unclear if publishers would split any of the ad revenue, but it sounds like that's the ultimate goal.

"[Pinterest will] figure out the right value exchange with those content providers," said another person familiar with Pinterest's media plans.

The new section could be called "Explore," according to a social-media agency executive. That would be the same name Instagram calls its page where it curates content from across the platform, and personalizes it for people.

Another agency executive said that this is not quite a Snapchat Discover clone.

"It's a sponsored page where brands can own a set of real estate with lots of different types of media on it, including video," the exec said. "Look for all the big spenders to participate."

Pinterest has had some success with advertisers including Target, Wendy's and Burberry. Many brands have shown faith in its nascent ad platform, but Pinterest has been criticized for moving too slowly to build its ad technology and innovate. Still, the platform has made moves to acquire talent in this space, recently snagging a Snapchat exec to lead its measurement efforts.

It only recently launched video ads, for instance, and that was after all its rivals had pushed hard into the format.

For Pinterest to find success with video advertising it needs to encourage more video viewing, and the "Explore" page could boost consumption.

It's unclear when the media section will launch, but agency execs said that brands are already on board and interested in advertising there.

Pinterest president Tim Kendall told Ad Age recently that including top tier publications and media companies with Pinterest will be especially important to the company's future efforts in video.

"I think it is pretty clear that the world of the value being the click to your mobile website is going to eventually go away," Mr. Kendall said. "I think for a media publisher whose value and assets is just media, the model today is 'I have to get people onto my site to watch my media.'"

"It's not clear that in several years that necessarily needs to be the model," he added. "What media partners want is for their media to be consumed, and I think they are open to exploring where and how that media gets consumed, whether it is on their website or within a partner app."

Pinterest issued a statement to Ad Age regarding the news, saying, "We are looking at ways to help people discover new and trending ideas from brands and publishers. We have nothing to announce at this time."

"This makes sense for Pinterest to drive people there," said another agency exec. "Their model has been the same for so long. It's not broken but they have not adapted very much at all."