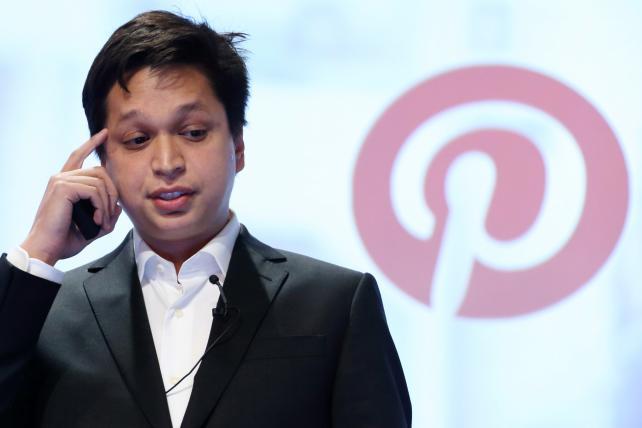 Pinterest has filed confidentially for a U.S. initial public offering, according to a person familiar with the matter.

The visual search site could list toward the end of June, said the person, who asked not to be identified as the details aren't public. No final decision has been made on the IPO plans, they said.

EMarketer estimates that Pinterest generated $533 million in ad revenue in 2018, up 72 percent from the previous year. The research outfit adds that the discovery website will generate more than $1 billion come 2020.

"Pinterest's IPO is definitely one to watch in the coming months," Andrew Lipsman, principal analyst at eMarketer, said in a statement. "As the first major digital media platform to hit the markets since Snap, the industry will be watching closely to see if it can withstand scrutiny as a public company.

Lipsman adds that Pinterest should prove a strong advertising platform, mainly because of "its visual nature and the aspirational way in which users engage. Ultimately, it will have to prove that its ads are effective in building brands and driving commerce."

Although Pinterest is poised for strong growth, it will only have a .6 percent share of the US digital ad market, with that share growing slightly to .7 percent in 2020.

Pinterest, where users post and look for pictures that interest them, is working with Goldman Sachs and JPMorgan Chase to lead its listing, which could raise about $1.5 billion, people with knowledge of the matter said last month. The San Francisco-based company raised $150 million in a private funding round in 2017 for a total valuation of about $12.3 billion.

Pinterest's IPO was first reported by the Wall Street Journal.