Social Network Tries to Take Off in Japan 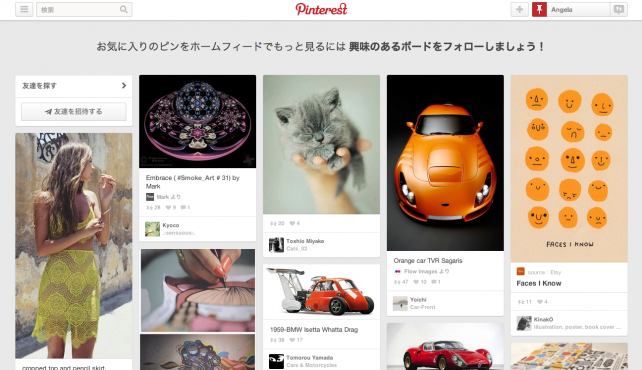 Pinterest Japan, which launched a localized site six months ago, has signed a strategic deal with ad giant Dentsu as it tries to gain a firmer foothold in the Japanese market.

Tokyo-based Dentsu, which is the world's fifth-largest ad agency company by revenue and works with most of Japan's major companies, will help Pinterest by consulting on business development, sharing local insights and helping with PR, the companies said.

Previously, Pinterest won a major assist from another Japanese company: In 2012, online shopping giant Rakuten led a $100 million funding round in the pinboard-style photo sharing site.

The Pinterest-Dentsu deal is limited to Japan for now, though both sides said they might consider expanding it. Details were limited, and no financial details were provided.

The alliance announced Thursday was the latest in a string of pacts between ad giants and social-media companies. Facebook this week signed a deal with Publicis that was described as being worth hundreds of millions of dollars, Twitter linked up with WPP and Instagram paired with Omnicom.

There have been questions about how much such tie-ups benefit ad holding companies, beyond lending them an aura of digital savvy. Advantages to the social media companies are more obvious, including an endorsement of their ad models.

Now four years old, Pinterest has been taking steps lately to answer pressure to find a business model. In the U.S. it is just starting to experiment with ads – "promoted pins" in Pinterest parlance – and has lined up marketers including Kraft, General Mills, Nestle, Lululemon, Gap and Expedia.

For the moment, there are no promoted pins in Japan.

"As we are still in our early stage as a company in Japan, we are focusing on community building and business user relationship, rather than monetization," a Pinterest Japan representative said in an email.

Dentsu, meanwhile, said that based on the results of the Pinterest's ad tests in the U.S., there may be similar experiments in Japan.

"We are expecting to create new purchasing channels for customers and thus provide new solutions to advertisers in Japan," said Shusaku Kannan, a Dentsu spokesman. Pinterest has a strong reputation for increasing traffic to advertisers' web sites and boosting sales for e-commerce vendors, he said.

Dentsu, which bought London-based Aegis Group for $4.9 billion last year, has become a major player internationally and now gets nearly half its revenue from outside Japan. Within its home market, where Dentsu is by far the biggest agency network, its clients range from Asahi to Toyota to Honda to Shiseido; it also works with Rakuten.

Pinterest users can already click on pins to link to Rakuten shopping sites. Rakuten has about 200 million members in Japan and beyond, while Pinterest has around 60 million monthly active users users worldwide. No figures are available for the number of users in Japan.