Here's What Pinterest's New Explore Section For Publishers Looks Like 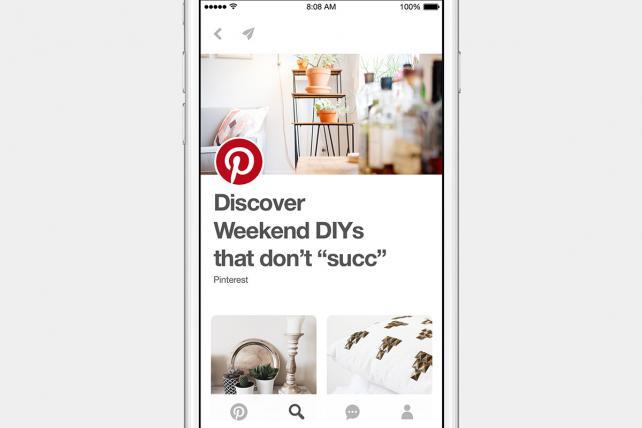 Explore is a new video-focused hub within Pinterest that will deliver content from the media partners and show video ads. Explore is similar to Snapchat Discover, which gives premium publishers a place to post content and draw revenue from the app.

Pinterest did not reveal what the business model would be for Explore, whether it would share ad revenue or eventually pay publishers to create for the platform.

Publishers are experimenting with platforms to find bigger audiences for their content outside their own properties.

Last month, AdAge first reported that Pinterest was building Explore and that it had partnerships with publishers like Scripps Networks Interactive and Tastemade.

"This is a step into a new era of video on Pinterest," said Oren Katzeff, head of programming at Tastemade. "I wouldn't be surprised if six months from now it's on the same level as other platforms where we see tons of viewership and tons of audience."

Tastemade gets the bulk of its viewers on Facebook, and it claims to get 1.5 billion video views a months across multiple websites. It will worry about monetization on Pinterest after it builds an audience there, Mr. Katzeff said.

Explore launched with several advertisers, including Sony Pictures, American Express and Macy's . They will show 30-second autoplay videos on the Pinterest feed.