Move Is Latest In Series Of Efforts To Position Service As Essential Social-Media Platform for Advertisers
READ THIS NEXT
Tuning into Trends: CTV is an Engagement Cornerstone

Pinterest in recent months has been getting more serious about going after advertisers with services like Promoted Pins. Now, it's getting taking a further step by refining its ad-targeting tools and audience- targeting products. 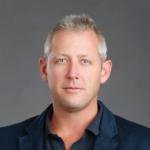 Eric Hadley, head of partner marketing, said Pinterest will be offering advertisers a more precise way to reach the intended audience beyond its 30 different categories for pins including food & drink, hair & beauty and sports. Previously, for example, a marketer may have only been able to target interests broadly in sports, but now it will be able to target specific sports like soccer.

Advertisers will now also be able to target users by audience, such as "outdoor enthusiast," said Mr. Hadley, who joined Pinterest in October from the Weather Channel. There, he was senior VP-sales strategy and marketing, a role that focused heavily on data and mobile.

In addition, Pinterest will test a new ad format: animated pins that move when users scroll. Mr. Hadley declined to give more detail on the offering and specifics on when the new services will be rolled out. But he said testing will begin in the coming months.

The new services come as Pinterest works to offer a more sophisticated and targeted ad offering to marketers in order to position itself as an essential social-media platform for marketers. Pinterest in January acquired ad-tech firm Kosei, which specializes in targeting ads based on relationship and recommendation modeling.

Mr. Hadley declined to confirm recent reports that Pinterest was preparing to launch a "Buy" button as early as this year that would allow Pinterest users to purchase pinned items without having to leave the site or app.

Pinterest discussed the new ad targeting services during what it calls "Pinstitute," a two-day event attended by agencies and clients like Nike, American Express, Deep Focus, BBDO, 360i, Bank of America, Target and Kraft. The purpose is to show agencies and brands the best ways to use Pinterest based on what Pinterest learned during the beta test for Promoted Pins. Mr. Hadley said that Pinterest will host a similar event for agencies and brands during Cannes in June, and another in New York, along with an event aimed at publishers in the fall.