READ THIS NEXT
How to delete consumer data under CCPA guidelines 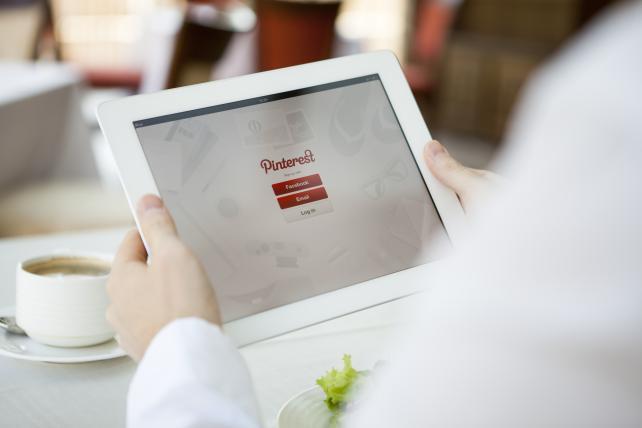 Pinterest has started pursing a segment of advertisers that may one day contribute a quarter of its revenue: small and medium-sized businesses.

The company unveiled a new program Wednesday, called Pinterest Propel, that provides special services for new advertisers unfamiliar with the way its site works. By committing to spend up to $100 a day on Pinterest ads, companies get extra support and education, and Pinterest will design some of their ads for them. The startup is also offering it to marketing agencies, which get customized tips from Pinterest ad specialists for up to three clients.

Pinterest is recruiting smaller advertisers in part because people come to the company's site to get inspired by unique ideas. On Pinterest, people post and search for pictures they can use to plan vacations, weddings, home furnishing and cooking, for example -- and the ads look similar to posts from any other user. Bespoke furniture-makers and clothing designers tend to be smaller companies and are willing to spend to grow, said Tim Kendall, president at Pinterest.

While they aren't big marketing spenders in their own right, in aggregate small firms are a huge source of ad revenue for digital giants Google and Facebook. Google is especially popular with smaller businesses that buy lots of online search ads, helping the company generate almost $80 billion in ad revenue last year. Pinterest is an emerging -- but niche -- rival to Google's search business because it knows a lot about what people are looking to buy online -- valuable information that advertisers usually go to Google to access.

"This is a huge part of the advertising market and so what it sets us up to do is capture more growth,'" Mr. Kendall said.

A year ago, Pinterest opened up a self-serve advertising program and saw a diverse set of businesses pay for promotions. The company has already used its Propel program with advertisers including Ghirardelli Chocolate and Too Faced Cosmetics, and found that it made their ads less expensive and more effective, Mr. Kendall said.

The company is diversifying its advertising business ahead of a potential initial public offering. Pinterest is targeting more than $500 million in revenue this year, according to a person familiar with the matter. Although Pinterest declined to comment on its revenue goal, Mr. Kendall expects Propel to contribute as much as 25% of sales in the next few years.

"When you focus on growing your business and going after more share of different segments, things like IPOs naturally follow, when you show really strong growth,'' he said, while noting that there are no official IPO plans. "We're very pleased with revenue growth to date and I think this is going to be a big contributor.''