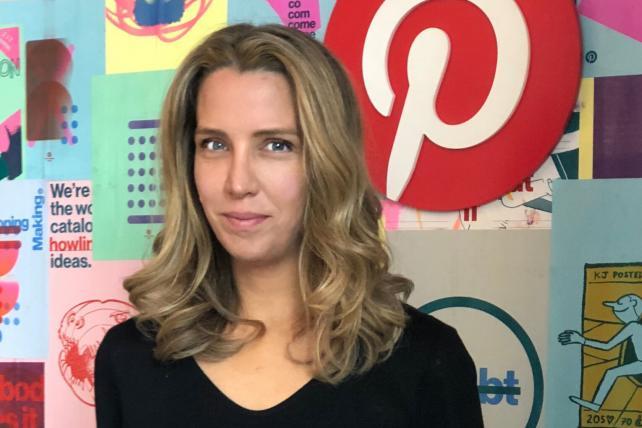 Mallard, a former journalist who transitioned to marketing with a stint as CMO at Omada Health, joined Athleta last year. She helped the sportswear brand continue its position as a bright spot in Gap's portfolio with female-focused campaigns highlighting the importance of women's empowerment — something that should bode well for Pinterest.

At Pinterest Mallard will be charged with centralizing marketing teams. Pinterest's vertical partner strategy, consumer partner marketing and creative teams will soon operate as one unit, rather than silos as previously had been the case, according to a Pinterest spokesman. Mallard, who started at Pinterest on Oct. 29, reports to Chief Operating Officer Francoise Brougher.

The company's vision is to focus its integrated global marketing team on scaling growth, diversifying its advertisers and improving comprehension of how and why people use Pinterest. Pinterest declined to share the size of Mallard's team.

Pinterest does not have an agency-of-record. To date, the company has only run one ad campaign in the U.S. The 2017 effort, called "What if," was led by an in-house creative team and included out-of-home ads in New York. The company's only TV spot ran overseas in the U.K. No immediate brand campaigns are in the works, but the company will discuss possibly bringing an agency on board to assist with its efforts, according to a person familiar with Pinterest.

At Athleta, most of Mallard's brand's marketing tapped real, everyday consumers of all sizes, ages and ethnicities, which helped provide a voice of authenticity in the crowded women's apparel market. In the second half of last year, Athleta saw double-digit sales growth.

More than 70 percent of Pinterest's U.S. users are female, something that's helped it develop strong ties with retailers such as Target. Pinterest helps the retailer drive traffic to both its physical stores and website for products such as makeup, food, clothing and other everyday items, for example.

Mallard will also assist in others areas of growth such as financial service, automotive, travel and entertainment — areas that Pinterest feels are promising in capturing more ad dollars from brands.

Last month, eMarketer projected Pinterest would generate revenues of more than $500 million in the U.S. this year, a 43 percent upswing when compared to the previous year, adding that it will cross the $1 billion mark come 2020. Pinterest says it has some 250 million monthly active users globally, a 25 percent increase year-over-year.

"It was clear from my first conversation that this is a purpose-led company with the heart, mind, and values needed to become an iconic, global brand," Mallard said in a statement to Ad Age. "Pinterest inspires people everywhere to create a life they love. I believe it can be one of the truly positive corners of the internet and I'm excited about the great possibilities to come."