One Good Thing in the Air: Planes May Stay Call-Free as FCC Moves to Keep In-Flight Ban | Ad Age
Skip to main content
Sign In Register

One Good Thing in the Air: Planes May Stay Call-Free as FCC Moves to Keep In-Flight Ban 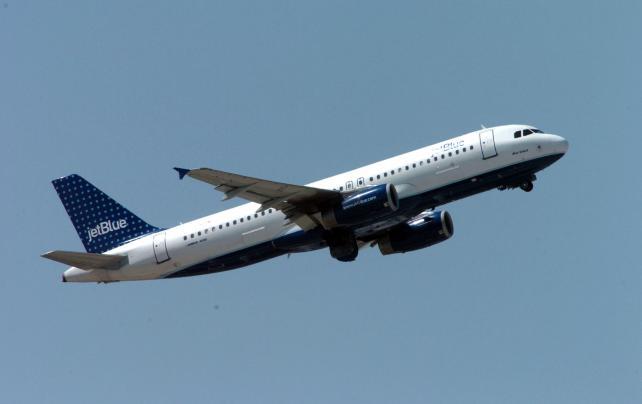 Bad news for telco marketers will be welcome good news for airline passengers:

Mr. Pai asked his fellow commissioners on Monday to join him in terminating the proceeding begun in 2013. One of the other three commissioners had previously voted with Mr. Pai against allowing calls, suggesting the measure will pass and end a debate that's simmered for years.

"I stand with airline pilots, flight attendants, and America's flying public against the FCC's ill-conceived 2013 plan to allow people to make cell phone calls on planes," Mr. Pai said in an emailed statement. "Taking it off the table permanently will be a victory for Americans across the country who, like me, value a moment of quiet at 30,000 feet."

The Federal Aviation Administration opened the way for mobile-phone use on aircraft in 2013 when it lifted restrictions on the use of electronic devices if carriers could show they wouldn't interfere with a plane's navigation equipment. That prompted the FCC to take up the matter and advance its proposed rule.

Flight attendants
"Allowing in-flight cell phone calls was such a bad idea that it brought virtually everyone in the aviation community -- passengers, policymakers, and flight crews, first and foremost -- together in opposition," the Association of Professional Flight Attendants, which represents American Airlines employees, said in a statement. "The proposal raised serious concerns about the safe operation of the aircraft, which is APFA's top priority. It also put thecomfort of our passengers in jeopardy."

Airlines for America, a Washington-based trade group for large carriers, said it supports the FCC's move. "We are not aware of any carriers that currently allow voice calls or plan to do so in the future," said Penny Kozakos, a spokeswoman, in a statement.

The FCC prohibition doesn't cover making calls via WiFi, the Department of Transportation said in December. While it may be possible to make voice calls through an internet connection on a plane, the department said it was unaware of any carrier that allowed such calls.

'Cruel'
The prospect of noisy cabins animated some members of the public.

"The use of cell phones on airplanes would be cruel," Clair Allyn of Chesterfield, Missouri, told the Transportation Department in a filing. "Can you imagine sitting next to a loud aggressive person talking to someone for one hour or two hours or three hours?"

"Anything that can take an already stressful cabin and not stress it anymore is good for our flight crews, it is good for our passengers, and we're glad to move forward from this debate," said Dennis Tajer, spokesman for the Allied Pilots Association at American Airlines. "There are already enough incidents of cabin rage, and disarming that potential rage by moving this off the table can only be a good thing."