Podcasts are enjoying a moment in the sun thanks to the success of "Serial," which delves into a 1999 murder in Baltimore.

"Serial" has racked up nearly 72 million downloads since it began airing last fall, shattering all records. Overall, consumption of podcasts in the U.S. jumped 18% between spring and fall 2014, according to Edison Research. Americans now listen to roughly 21.1 million hours of podcasts daily.

Despite the surge in interest, however, one group has been noticeably absent from the listener party: brand advertisers.

"Creatively, we are entering a new golden age," said Matthew Lieber, co-founder of the podcasting startup Gimlet Media. "In terms of the golden age of the business," he added, "we're just getting started."

Podcasting has been an advertising backwater. A ZenithOptimedia report from June 2014 -- before "Serial" debuted -- said podcast ad spending would remain at $34 million annually through 2016. That's a small fraction of what marketers earmark for other media. Ad buyers and media executives say about 80% of the ads played during podcasts are direct-response, prompting listeners to visit a website or call a 1-800 number (see: MailChimp ads that ran during "Serial"). Only 20% represents brand advertisers.

But "Serial" has inspired these types of advertisers to take a second look at their budgets, media buyers say. "It was the catalyst to reintroduce podcasting," said Gian LaVecchia, managing partner-digital content marketing at media agency MEC. "With more volume of credible storytelling, you're going to see more brand advertisers."

"In the post-Serial world, we've probably had the conversation in the last two months with half a dozen brands that are asking and trying to determine whether and how to use podcasting," said Scott Donaton, chief content officer at DigitasLBi. "There's definitely increased interest from some consumer brands."

This interest could inspire deep-pocketed brand advertisers to earmark portions of their budgets to podcasting, a move that would fuel a boom as media organizations and celebrities step into the space to meet this demand. It would also enrich companies that are building podcast networks, such as PodcastOne, which aggregates and sells ads against more than 200 podcasts, and Slate, which on Wednesday is announcing its own podcasting network, Panoply.

Slate, the home of 15 podcasts with more than 6.5 million monthly downloads, is aiming to produce and promote podcasts for other media companies, celebrities and authors. It will also sell ads against those podcasts and share a cut of the revenue. The New York Times, Huffington Post, Real Simple magazine, WBUR in Boston and several others have signed on for Panoply.

Since podcasting's inception around 2005, two speed bumps have slowed audience growth. The first all but disappeared when Apple put a podcast app that can't be removed on its iPhone. That helped flatten the second impediment: lack of mainstream appeal. When "Serial" became a sensation, mothers -- and likely grandmothers -- learned what a podcast was.

"If 'Serial' came out in the bad days, it wouldn't have been a hit," said Andy Bowers, Slate's podcast chief. "It was the right moment for that."

Advertiser concerns
But advertisers remain wary of podcasts for a couple of additional reasons.

The first is the size of the audience. Podcasts simply don't attract the large audiences that advertisers chase, although podcast proponents note that listeners are more deeply engaged with the content -- and the ads -- than drive-by visitors to websites, traditional radio or TV.

"They're loyal and even thankful that a company is supporting something that's free," said Patty Newmark, CEO-president at Newmark Advertising, which specializes in audio.

An even more serious setback, however, is the medium's lack of data. Podcasting offers few, if any, sophisticated ad-targeting capabilities. 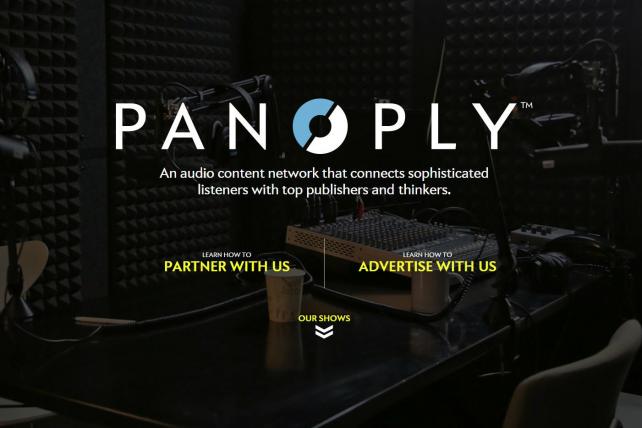 "Podcast data from the overall industry is scant, making it difficult to get deep information of specific podcast audiences," said Ms. Newmark. "There is a definite need for a better system of data collection and aggregation, but for the time being, we provide our clients with empirical data we have accumulated over the years on a variety of different types of campaigns."

Mr. Turck said Slate is part of a task force formed by the Interactive Advertising Bureau to help shape resources around podcasting measurement and establish some standardization. "I don't expect that Slate will break the code," he said. "I'm guessing small tech companies, or audience measurement companies will, and we'll be there to support and endorse."

About 10% of Slate's revenue comes from advertising deals that include podcasts, according to Mr. Turck. Slate fetches about $20 from advertisers for every thousand podcast listeners, he explained, with some deals reaching $80 per thousand listener when a brand buys all the advertising inventory in a single podcast. At least half the advertisers on Slate's podcasts are brand marketers, including Acura, GE, Delta Airlines, Lexus and Prudential.

Mr. Bowers at Slate said the success of Panoply depends partly on the prosperity of rivals, whether that's PodcastOne, Gimlet Media or "This American Life" and its spinoffs like "Serial."

"We want more people to listen to podcasts."