Still With This? U.K. Politicians Flee YouTube as Election Ads Turn Up on Extremist Video 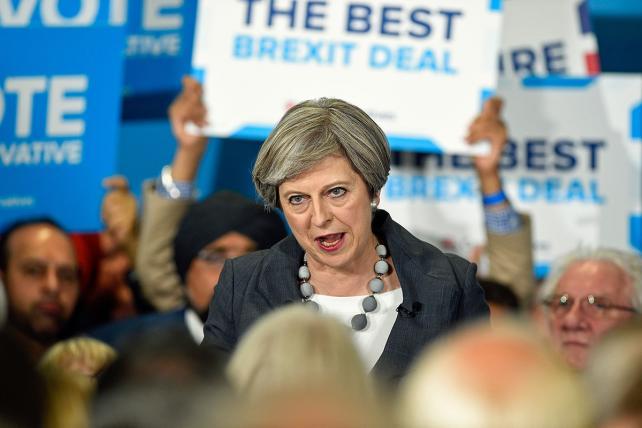 Theresa May, U.K. prime minister and leader of the Conservative Party, speaks at a general-election campaign event on Tuesday.
Credit: Gerry Penny/Pool via Bloomberg

The Times reported that messaging for the Conservative, Labour and Liberal Democratic parties was running alongside extremist content, the latest example of YouTube's struggle to keep advertisements off objectionable video this year:

Election adverts for Labour and the Lib Dems also ran on a YouTube channel created by a supporter of Islamic State. Tim Farron, the Liberal Democratic leader, was pictured above the supporter's profile picture, an image of the terror group's black flag.

Major marketers and media agencies paused their ad spending with YouTube earlier this year after similar press reports came out, much of it sparked by a man with a product promising to fix the problem. Google's video platform promised new attention to brand safety and many buyers switched from blacklisting worrisome channels to whitelisting guaranteed safe ones.

YouTube channels must now garner 10,000 views before they can "monetize" videos with advertisements and, YouTube said earlier in the crisis, get an application approved.. But popular pro-jihadist content, namely al-Rashed's sermons, have attracted millions of views. YouTube "sources" say these extremists receive no advertising money, The Times reported.

The news attracted renewed calls for YouTube, and its owner Google, to block extremist content on the site.

Yvette Cooper, a former chairwoman of a U.K. Parliamentary committee, asked the question many British politicians are likely wondering: "What the hell are Google doing?"