Monocle Eschews Social Media, Says It's No Worse Off Without It
READ THIS NEXT
Brand safety report reveals the dangers for advertisers on platforms like Facebook and YouTube

Enamored with social media's ability to funnel traffic to their websites, publishers have leaped headfirst onto Facebook, Twitter, Pinterest, Reddit and others. They've established verified accounts, hired social media editors, taught their reporters to tweet and asked them add buzzy personality to stories that will spread across the social web. Larry Kramer, president and publisher of USA Today, deemed this a "Gutenberg moment" for the industry and said publishers should seize it.

But Monocle, a niche but thick global affairs and lifestyle magazine, isn't close to sold. The magazine does not participate in social media at all: no Facebook page, no Tumblr blog, not even a Google Plus. 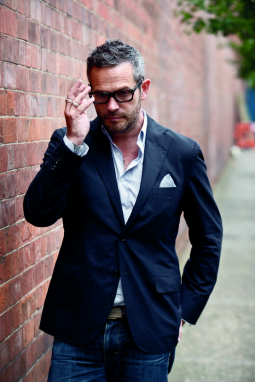 "Just because a new platform is out there, doesn't mean you need to be on it," said Tyler Brule, Monocle's editor in chief.

It's perhaps an attitude permissible mostly because Monocle is such a targeted product, aimed at a relatively small audience of jet-setting readers or those who aspire to join them. But Mr. Brule's skeptical view of social media permeates Monocle's business. The magazine is not present on any social platform, nor does it employ a social media editor. And, unlike most websites, you won't find a single social media logo on monocle.com. Your best bet to keep up with it on Twitter is an unverified account, @monoclebrief, which seemed to post Monocle stories as they were published... until it stopped tweeting this summer.

"I would love to see numbers about how many people read the tweet and then actually go to the main article," said Mr. Brule, articulating one of a series of reasons he's skeptical about social. People like news flashes and tickers, he said, arguing that the main Twitter experience is satisfying enough, and that few click through to the actual publisher content itself.

When asked whether it was a mistake to forsake engaging potential readers online, Mr. Brule said he prefers the quality of in-person engagement with readers. It's like a dinner at a well-set table, he said, as opposed to trying to speak to an audience in a crowded auditorium.

"Why break with that?" Mr. Brule asked. "Why distract ourselves with other things?"

Mr. Brule, for his part, is practicing what he preaches. He picked up the phone after a dinner in Singapore, in the midst of a book tour that will hit four continents. "We certainly see that when you roll into town, it often pays dividends in the slipstream," Mr. Brule said, noting that at each promotional stop the magazine sees a surge in subscriptions, newsstand sales and advertiser interest.

A rejection of social media, Mr. Bruel said, also helps preserve the mystique of Monocle's brand. "Being on all the time, I think there's something a little bit cheap about it," he said. "Being available all the time, in courtship just like in consumerism is probably not such a good idea."

Rafat Ali, the founder of PaidContent, business travel website Skift, and self-professed Monocle "fanboy," said Monocle's approach can't work for just any publisher. "If you have a robust online strategy, you cannot not have a robust social strategy." he said. "You can't exist assuming people will discover you through just search or maybe email. Social has to be a part of it."

But, Mr. Ali added, "his strategy is working for him, so who are we to say that he is wrong and we are right?"