Nestled near the Hudson River on 28th Street in New York, Quirky's office has all the trappings typically associated with a venture-backed startup: hardwood floors, exposed-brick walls, rows of millennials toiling away on Apple computers, conference rooms cordoned off by panes of glass -- and a cocky 20-something founder.

But there are also saws, vise grips, levels, protective goggles, a high-pressure washer, industrial stainless-steel sinks and a sewing machine. Down a flight of steel stairs there is an Objet Connex350 -- a 3-D printer that runs about $250,000 retail and a Universal Laser Systems PLS6MW -- a laser cutter that costs $55,000.

While other companies receive multibillion-dollar valuations for creating digital platforms populated by millions of nonpaying users sharing photos of cupcakes, Quirky is busy creating physical products. They cost real money and are bought by real people with real dollars.

That's only half true. While Quirky makes real-life products, they are the result of a process that starts online. Inventions are reliant upon a loyal base of self-proclaimed inventors who pitch ideas. Quirky and its online community then vet and perfect those ideas. The best ones Quirky mocks up and sends to China for large-scale manufacturing. With Quirky's system, anyone can turn their everyday ingenuity into a mass-produced good found on shelves at Target. Most internet startups sell users on the idea of free-flowing information. Quirky sells them on the American Dream.

Mr. Kaufman's outsider attitude extends uptown to Madison Avenue. Quirky, he said, will never engage in a traditional ad campaign. Instead, the company wants to expose itself to the world and let people decide if they want to be part of the democratizing "movement" it's leading. "We think it's very important to tell the world about what we're doing," Mr. Kaufman said. "We don't think it's important to sell the world on what we're doing." 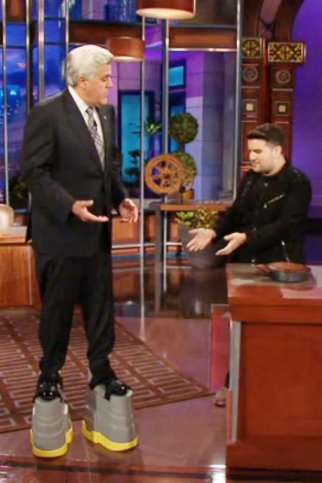 Quirky is tiny. It estimates its revenue tripled to $19.5 million in 2012 from $6.5 million in 2011, but the company remains cash-flow negative. The first step toward justifying its lofty $150 million valuation is making Quirky profitable by attracting more inventors and customers while retaining its rebellious culture.

"It's incumbent upon us to keep [the community] strong and renegade and scrappy. We're not going to change any of those cultural things," Ms. Hahn said.

At Pepsi, Ms. Hahn learned "the art of storytelling," she said. At Quirky, that will mean highlighting the inventor's stories in marketing.

The poster boy for Quirky success is 23-year-old Jake Zien, the primary inventor of Pivot Power. Mr. Zien submitted his idea for an adjustable power strip in April 2010. The product was refined and went to market in May 2011. Quirky has sold more than 600,000 Pivot Power units since, earning Mr. Zien more than $292,000.

Quirky retains 70% ownership of all inventions that come to fruition via its platform. The remaining 30% is divided among Quirky members depending on how much they "influence" a product's final design. Mr. Zien retained 37.68% of the 30% equity given to the Quirky community for Pivot Power, which equates to him receiving roughly 10% of sales made through Quirky's website and 3% of those made through Quirky's retail partners, which include Target, Amazon, Fab.com and Bed, Bath & Beyond.

How Ms. Hahn will tell stories like Mr. Zien's will be determined during the next several months. She said that she prefers to handle marketing in-house whenever possible, and that whatever marketing plan is established will center on Quirky's brand message: "Better, faster, funner."

To best understand the brand, you need look no further than its founder and personification, Mr. Kaufman. Whatever Mr. Kaufman may lack in humility he makes up for in determination and salesmanship; he's been compared with Steve Jobs and P.T. Barnum.

Those qualities on are on full display each Thursday at 7 p.m. Eastern Time when Mr. Kaufman hosts Quirky's Product Evaluation.

"Eval," in Quirky argot, is the final step in the launch process for invention ideas pitched the previous week.

The company receives about 4,000 new-product submissions a week. The proposals are scrutinized by Quirky's online community of more than 400,000 inventors, who submit and vote on ideas for additional features, design, the product's name or even its tagline. If a contributor's idea makes it into the final design, he or she earns "influence" over it -- Quirky's term for equity. Products popular among users are vetted by employees who are required to spend at least 30 minutes a day judging products. Teams of three to five Quirky employees that focus on a specific sector -- toys, for instance -- review products and select them to be presented at Eval.

Eval is part "Shark Tank," part "American Idol," part live invention-themed talk show hosted by Mr. Kaufman. This step features a panel of judges -- mostly Quirky employees -- who assess the commercial viability of inventions. When the panel can't reach a consensus, the vote goes to the live audience, which is also mostly Quirky employees. If a consensus still can't be reached, the vote goes to the internet, where Quirky members can watch a live stream of the weekly show and vote product ideas into existence.

When Ad Age visited a Quirky Eval in late January, Mr. Kaufman was sitting in the middle of the panel clad in all black. More than 60 Quirky employees stayed around, seemingly out of devotion to the company's mission -- though the catered sushi and industrial-size refrigerator filled with craft beer probably didn't hurt. (The weekly event is open to the public, so long as attendees sign a nondisclosure agreement on an iPad upon entering Quirky's lobby.)

Mr. Kaufman facilitated the assessment of 23 product ideas that night. Inventions ranged from fun (a toy that helps kids play capture the flag) to practical (a sprocket that changes a bicycle wheel from fixed to free with flick of a foot) to disgusting (the Fart Knocker, a foam football that eliminates odor) to the absurd (condom shorts -- plastic underpants that protect you from STDs). The Fart Knocker and Condom Shorts, while quirky, were not launched.

But the capture-the-flag enabler, the dual-action bike sprocket and five other ideas were accepted. They are now in development at Quirky.