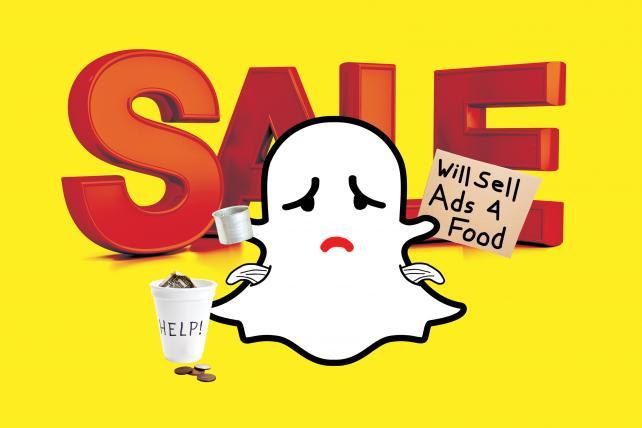 Snapchat ad prices are down 90 percent in the past two years as it adopts automation, which typically drives down pricing.
Credit: Illustration by Tam Nguyen/Ad Age

Snapchat's ad revenue is on the rise, but the company saw its first decline in users, according to the quarterly report it disclosed on Tuesday.

Daily active users fell to 188 million, down 2 percent from the prior quarter. It was the first full quarter that all users were transitioned to the redesigned Snapchat, which rolled out this year. The redesign was widely considered a bust, with famous and everyday users complaining about the confusion caused by the new placement of some of their favorite features.

Snapchat was forced to redesign the new look, but not before it started to experience a decline in users at the end of the first quarter, which continued into the latest quarter. To smooth over the decline in daily users, Snapchat revealed monthly users for the first time in hopes of reinforcing its growth prospects with investors.

Snapchat has more than 100 million monthly active users, the company said, even though that was typically a metric it never cared about.

After a tumultuous first year as a public company, Snap is starting to show some stability, despite the slowdown in user growth. The company for the first time offered a forecast for future revenue, indicating that it has a clearer understanding of its business potential, even after shifting strategies, cutting staff and cycling through managers. Snap recently appointed a new chief financial officer, Tim Stone, who was previously at Amazon.

Still, the company needs to attract more users in order to boost revenue long-term. Snap has been working to carve out a slice of the digital-advertising market dominated by online giants Facebook and Google. The overhaul of the once fast-growing app turned some users away, and more people are flocking to Facebook's Instagram, which has successfully copied Snap's most popular features.

Chief Executive Officer Evan Spiegel defended his strategy, saying that while the redesign was the primary reason for fewer daily users, "we believe that this is an important evolution of our product that will help drive future growth in engagement," according to his prepared remarks.