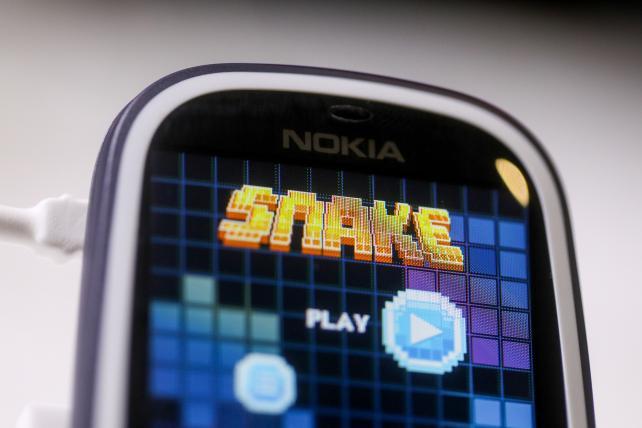 The 'Snake' games sits on the screen of a Nokia 3310 mobile phone, now being re-released.
Credit: Chris Ratcliffe/Bloomberg

Everywhere at Mobile World Congress in Barcelona this week you saw 5G hype and the Internet of Too Many Things, with smartphones mostly in the background. Mobile tech has achieved a lot of what's possible on the current, fourth generation of network technology, and phones may be in a sleepwalking state until 5G is commercialized.

The big theme at this year's show was 5G and the claim that it will deliver unprecedented unprecedented internet speeds to home and mobile, newfound connectivity and (benevolent) Big Brother-like smart cities.

'DUMB PHONE'
Nostalgic crowds visited Nokia's showroom floor daily to check out the re-released Nokia 3310, a pre-smartphone era phone coming back at a budget price and with an updated version of the game "Snake." Its global reintroduction this year, announced at the conference, is designed to promote Nokia's first Android phone.

"It reminds me of the Volkswagen Bug," said Nastia Orkina, global marketing director at HMD, the Finnish company that controls the Nokia brand. "You look at that and it makes you smile. What we did is similar to that and we as a category need to do more of this."

Snake, which Nokia also launched on Facebook Messenger, saw 1.1 million players and was played 2.7 million times following the announcement. The 3310 might also be displayed in similar fashion to "impulse" items at places like Urban Outfitters, Ms. Orkina said. 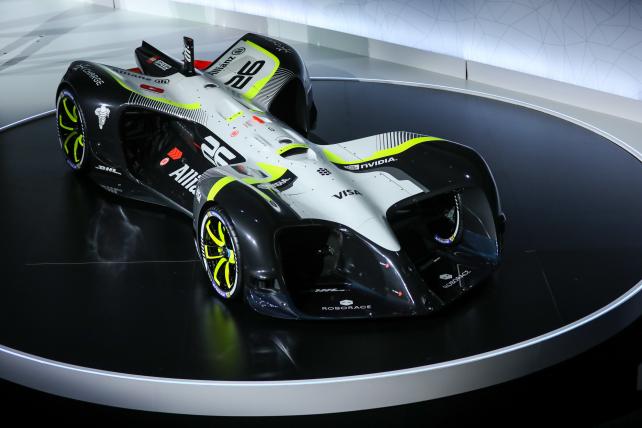 A 'Robocar,' an autonomous racing car, developed by Roborace, sits on the stage after being unveiled on the opening day of the Mobile World Congress.

Most people took a picture of the spectacle and moved on--quite possibly to another auto display, of which there were many. Peugeot generated buzz with its Instinct concept car, which uses various wearables and apps to sense the driver's mood and choose a mode like Drive Boost, Drive Relax or Autonomous Soft.

SAFE SPACES
Mobile World Congress is sandwiched between the Consumer Electronics Show and SXSW, but unlike those events, business deals appeared to be going down at nearly every corner. So much so, phone-booth like conference rooms were readily available for associates to discuss business and they were often used. Some vendors just had an office, not an actual showroom. Google, for example, had an extravagant structure within MWC, but it was closed off for meetings only. I was turned down when I thought I could simply check out Accenture's innovation space, too. And security guards are stationed outside these spaces to make sure only those who are invited get in.

It's likely I just didn't get invited to Google and Accenture's secure areas, but there were many others, too. As one knowledgeable telco exec told me, a lot of business partners from countries they don't often get to do business with use MWC as an opportunity to showcase what they're working on. Some areas even require people to turn in their phones to make sure they don't take pictures of early prototypes and share them with competitors -- a problem at past events.

"There are billion dollar deals happening or being negotiated," the person said.

5WHEEEEEE
More than 100,000 people were expected to attend Mobile World Congress, and probably every single one heard something excited about 5G. Demand for mobile data is growing far more quickly than the number of smartphone users. Carriers like AT&T and Verizon want to offer marketers new levels of services using data gathered from more connected devices.

"Mobile has gone from being a device to almost a philosophy," Tom Goodwin, executive VP and head of innovation at Zenith Media, told me. "It's less about a screen we make phone calls on and it's more about a philosophy of data and content and companies becoming mobilized rather than mobile centric." The key to all that is the next generation of wireless tech, proponents say, due to replace 4G early next decade.

SMART CITIES
Demos of what a data deluge could mean were everywhere. GSMA, a trade body that represents the interest of mobile operators, captured pedestrian traffic near popular tourist attraction Sagrada Familia. The data gathered showed the most popular exit and entry points surrounding the area, information shared with Spain's tourism board. GSMA also claimed it was able to determine what countries the tourists came from.

AT&T, in partnership with GE-owned Current, is making camera-equipped lampposts that also have sensors to gather similar data wirelessly in the U.S. and Mexico. Intel and Harman built a device that can "listens" to vibrations from pipes as proactive way to prevent water mains from bursting.