At a time when the Business Insiders and Huffington Posts of the media world are doing anything and everything to pump up page views for advertising dollars, Reuters has created an aggregation site with usability at the core. 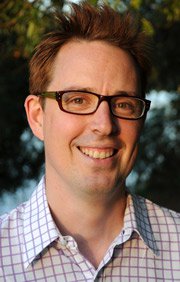 The financial news service has launched Counterparties.com, a content-aggregation website that highlights 20 to 30 of the day's most compelling financial news and opinion stories and links directly out to each one from the homepage. In that way it is more Drudge Report than Huffington Post -- no rewritten stories, just a new headline with a conversational tone for each article, and a direct link out to the original source of the content.

"This is an idea that everyone has had at some point," said Reuters finance blogger Felix Salmon, who led the push for such a site at Reuters. "But I happen to be lucky enough to be housed in a building where this kind of thing is possible and where the first question is not, 'How do we monetize that ?'"

The birth of Counterparties comes less than two months after Thomson Reuters launched a modest redesign of Reuters.com aimed at giving a clearer sense of news hierarchy as well as highlighting opinion pieces and other non-breaking-news content -- all part of an overall push to lure more consumers to the company's free digital offerings.

The mission of the site, said Mr. Salmon, is to "find the signal among the noise" and give readers a destination in which they can find the day's most compelling news from all corners of the internet. To help sift through that noise, Reuters is licensing a tool from the New York-based startup Percolate.

Percolate, founded by former Barbarian Group exec Noah Brier and Federated Media veteran James Gross, mines a user's Twitter and RSS feeds (and Tumblr soon, too) and uses an algorithm to curate and surface the most talked-about content around the web unique to that user. For Counterparties, Percolate is mining the Twitter and RSS feeds followed by Mr. Salmon, which, combined, number in the thousands.

"People have turned to Twitter for [news] filtering, but then Twitter itself became unmanageable," Mr. Salmon said. "What you need is much smarter real-time filtering ... and Percolate is a great tool to do that ."

Percolate plugs directly into the WordPress backend of Counterparties, allowing editors to quickly publish selected links into the right-hand column labeled The River as well as the main, featured column. Reuters.com Deputy Editor Ryan McCarthy, former business editor of The Huffington Post, is managing the site day to day.

"My background for the last few years was doing this kind of stuff and it was literally exhausting," he said. "This is a more efficient aggregation and we're getting stories that would otherwise be missed."

Though monetizing the site is not an initial priority -- "We want to see who's using it, and how they're using it, before figuring that out," Thomson Reuters Digital Editor Chrystia Freeland said -- Messrs. Salmon and McCarthy have discussed nontraditional-advertising possibilities that would "stay within the ethos of the site," as Mr. McCarthy put it. Non-clickable ad units, as well as ads that contain links to news stories on external sites are both on the table.

For eight-month-old Percolate, Reuters marks its first client to launch a site powered by its tool and its only media-company client to date. Co-founder James Gross said the seven-person startup has signed six other clients, mostly corporate brands. Percolate charges each $10,000 to $20,000 a month in licensing fees.

In the end though, Percolate's paying clients -- Reuters and others -- are a means to an end: providing the funds the startup needs to continue to build out its consumer-facing blogging platform, which lets users comment on articles that bubble up in their Percolate feeds and follow the posts of other Percolate users as well.

"We see Percolate as a consumer platform," Mr. Gross said. "That's what we want to build."