Marin Software, Tremor Video Execs on the Ins-and-Outs of Confidential Filings
READ THIS NEXT
3 mistakes holding you back from quality media investment outcomes

Twitter's announcement last week that it had confidentially filed to go public put a spotlight on a practice that has become the status quo, especially among ad tech companies seeking public funds.

The three major ad tech companies to go public this year -- online advertising software provider Marin Software and video ad networks Tremor Video and YuMe -- each confidentially filed their pre-IPO papers with the Securities and Exchange Commission. And those are far from the only companies to use a provision of last year's Jumpstart Our Business Startups (JOBS) Act that permits companies with less than $1 billion in annual revenue to secretly submit their filings to the SEC for review. 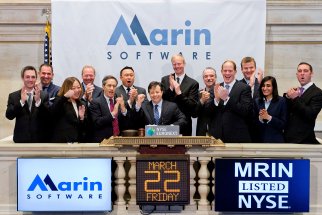 "I can't think of a reason why someone wouldn't take advantage of it," Tremor Video CEO Bill Day said of the confidential filing process.

The most obvious benefit is that the confidential route ensures a company won't get publicly slapped by the SEC for misleading investors with fuzzy math in its filing, as happened to Groupon in 2011. But another benefit is that the process keeps sensitive information sealed for as long as possible.

The SEC review process usually lasts three to five months, said Marin Software CEO Christopher Lien, whose company went public in March. Keeping that process behind closed doors means rivals don't receive a prolonged look at its financials and take jabs while the company is unable to defend itself due to an SEC-mandated quiet period.

Instead a company doesn't have to make its documents public until 21 days before beginning its roadshow to pitch its stock to investors.

Mr. Lien disagreed. For one thing the confidential process lets companies in newer industries huddle with the SEC to hammer out descriptions that can help investors understand what an "online advertising software provider" like Marin Software or "social network" like Twitter does since there aren't many public companies to compare them against.

In addition, Mr. Lien said allowing companies to privately review their filings with the U.S. securities regulator "enables greater transparency with the SEC." He noted that each version of a company's filings end up in the public domain, including the unrevised ones, so investors can see what's changed.

In theory, the 21-day window is small enough to allow a company to try to time the market. However, most Wall Street experts advise against trying to do so because of its volatility.

"When we went out [in June], one of the issues was a lot of concern about China and the Chinese economy. That roiled the U.S. market, and any volatility in the U.S. market can create challenges from an IPO standpoint," said Mr. Day. "It's all a careful dance. Being able to assess confidentially allows you to time it. It doesn't prescribe any timeframe of when you need to move on."