With RTB Booming, AppNexus Makes A Play For Direct Dollars Too | Ad Age
Skip to main content
Sign In Register

With RTB Booming, AppNexus Makes A Play For Direct Dollars Too

The market for online ads sold via real-time automated systems is $3.39 billion according to eMarketer. But that booming market isn't enough to satisfy AppNexus, one of the industry's most sizable players.

Today, the company announced plans to go after the other (larger) side of digital advertising: the direct deal. 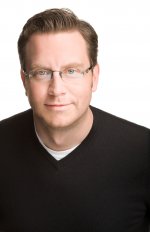 AppNexus is making the move via a new software product called Twixt, which aims to streamline much of the negotiation that occurs prior to the execution of a digital ad buy. The majority of digital ads are still planned and transacted over email and phone, with Excel and Word used for the heavy lifting. Twixt, which begins with the RFP and then lets buyers and sellers negotiate and agree to terms within the product, was created to take much of the manual work out of the equation.

"Right now, you're looking at a bunch of human beings wasting their time doing operational process that could be automated," said Andy Atherton, senior VP at AppNexus. "If we can take that inefficiency out of the system, we're unleashing billions of dollars of value."

Using Twixt, a buyer can send out RFPs out to a list of sellers, gather and compare their responses, negotiate line items, and agree to terms with publishers. "At the end of the process, the buyer gets to a plan that they're happy with. Then they can download the final, fully negotiated plan into an Excel spreadsheet formatted to work with another system" such as an server or financial backend, said Mr. Atherton.

In order to participate, a publisher clicks a link in an email they get when a buyer sends them an RFP through Twixt. They then have access to the system and can fill out their response and send it back to the buyer.

For publishers, the system also stores information such as ad specs and past proposal responses, streamlining what can be a complicated process for that side of the business. "Sellers waste a ton of money on operational processes to actually traffic orders. About 10% of the value of a buy is consumed just on sell side trafficking resources," said Mr. Atherton. "The broad goal of the initiative is to empower buyers and sellers and take inefficiency out of the process."

Automating direct deals brings AppNexus into competition with Centro, which has negotiation functionality within its system. Centro made a move into AppNexus' territory in November, when it acquired SiteScout, a DSP.

Twixt is free for now, but AppNexus plans to operate it on a "freemium" model in the future. One way it could make money from Twixt would be by connecting it to ad servers. Once it does that, Twixt could take a percentage of media dollars spent through it, much like the rest of the ad-tech ecosystem does today. 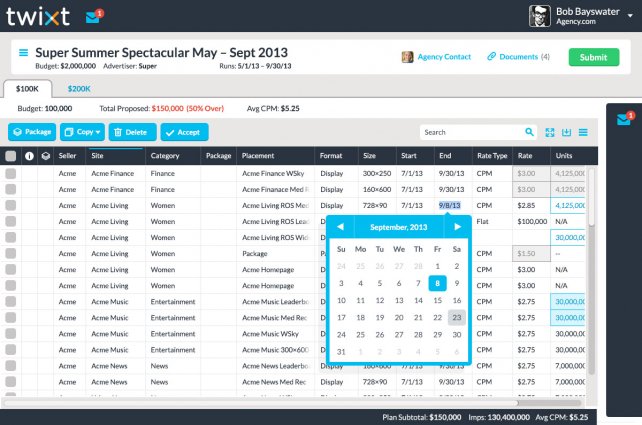 AppNexus' need to take a cut of the direct sales pie may be less important than its ability to show it can. It just named a new CFO Monday, tasked with deciding whether to seek another round of funding or go public. The company has raised $140.5 million to date with its most recent round, $75 million, coming in January 2013.