Salesforce Tries to Give Publishers' Data New Appeal to Marketers 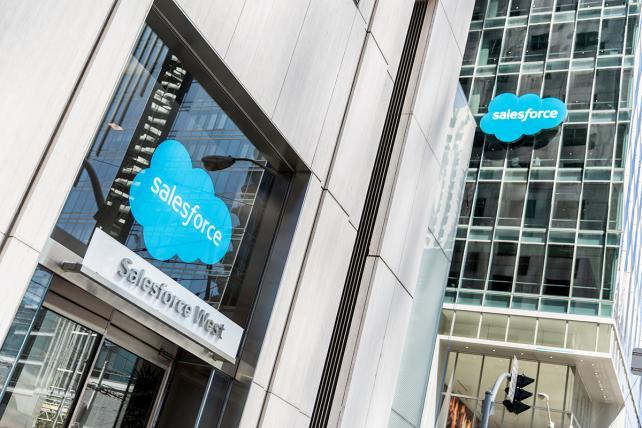 Publishers control a goldmine of data about their visitors. The problem is finding a way to let advertisers make the most of it—with confidence and without losing too much money to data brokers along the way.

Now Salesforce, the juggernaut of customer relationship management software, is trying to cash in on that challenge with a possible solution, a platform that helps publishers sell their data to ad buyers.

Publishers such as Tronc, Variety, Cars.com and Leaf Group have already bought in, as media buyers from outfits like Conagra, Anheuser-Busch and Heineken, according to Salesforce.

Powering all this tech is data management platform Krux, which Salesforce acquired in one of advertising's largest acquisitions last year for $700 million. Krux offered similar services under a product called Link, now rebranded as Salesforce Data Studio and offered with a pricing model that Salesforce argues eliminates any incentive to push poor quality data.

Unlike other platforms that charge fees pegged to consumers impressions, Salesforce is licensing the tech to publishers and media buyers. The company claims its setup also breaks down data into tiers based on quality.

Why it matters
Publishers have the benefit of collecting data about their own visitors, some of whom sign in and provide email accounts and other information. All that is known as first party data.

Third party data, on the other hand, is often gathered from a mixture of sources and can include inferences in place of direct knowledge. By comparison to publisher data, it's trash. But there's still demand for it because there's a lot of it—it has reach, as people in the industry say. Media buyers who are selling Hondas might use it to target consumers who simply read a story about a Honda, for example.

By peddling publishers' first party data, Salesforce is turning it into second party data, but it's still good stuff with more granular insights—i.e. a lead on someone who filled out a form saying she's interested in buying a Honda.

First and second party data, on the other hand, usually lacks reach.

"I think where the disconnect is coming from is buyers who are actually doing the campaign buying and pulling the levers, they'll use a third party segment that performed well last month and run it again because it gives them scale," says Scott Messer, VP of content at Leaf Group, formerly Demand Media and publisher of brands such as Livestrong and eHow. "Everyone wants 10 million luxury buyers or 20 million Honda buyers, but the reality is there aren't that many people who are interested."

"Unlike any other platform, Salesforce is giving us a combined space where everyone can work inside," Messer said. "That gives us an opportunity to work with advertisers outside of just licensing our data where we reach out and contact them to give them more granular offerings."

Christy Kazlo, director of marketing technology at Conagra, says Data Studio has allowed her to capture quality second party data from smaller publishers she would have never looked at. Because Conagra operates in the CPG space, it doesn't own its transactional data and often relies on a lot of third party purchase data for targeting.

"When you are talking about purchase data, it may or may not be the most accurate data set," Kazlo says. "Second party data tends to be more accurate for us when it comes down to measurement. The Data Studio has allowed us to connect with smaller partners who have very rich data."