Since It Is No Longer a Challenger Brand, Marketer Should Showcase Simplicity of Phone Features

Samsung last week unveiled a potential iPhone killer. Now, how to sell it?

After more than a year of not-so-subtly tweaking Apple in ads, the Korean electronics giant is ready to tell its own unique product story with a new phone, the Galaxy S4, that matches iPhone's current mobile technology and then one-ups it. And that may have it taking a page from Apple's playbook. 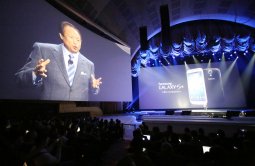 Spots in Samsung's "Next Big Thing" campaign for its Galaxy phones cast those who wait in line for the next iPhone as hopeless Apple fanboys -- or worse, their parents -- while pointing out that "the next big thing is already here."

That's a classic challenger-brand strategy and Samsung is hardly a challenger brand anymore. It's now the dominant global player in smartphones, selling 215.8 million last year worldwide compared with Apple's 136.8 million, according to IDC (Apple still leads Samsung in U.S. market share). So while Samsung readies a giant campaign to market the S4, due in stores in April, analysts predict the marketing will start to more closely resemble Apple's.

It's already started. Take the stagecraft of the S4's unveiling at Radio City Music Hall, where Samsung hired a cast of nearly 20 actors to depict how the phone can be used to augment daily activities. Scenes included asking for directions while traveling in a foreign country, counting calories and receiving text messages hands-free while driving. There were no comparisons with the iPhone—but there was plenty of touting unique-to-S4 features.

"It felt very much like the way Apple reveals its products," said Virginia Alber-Glanstaetten, planning director for digital agency Huge.

Carolina Milanesi, consumer-device analyst for Gartner, said that if Samsung truly wants to unseat the iPhone as the premier smartphone in terms of user experience, it must mimic Apple's strategy of focusing on the device's simplicity. The S4 is rife with new features, but their usefulness won't resonate unless they're highlighted one at a time (like Apple does with its iPhone commercials).

That kind of product-centric advertising is key for a category largely driven by innovation. Unlike consumer packaged-goods advertising, where the focus is often on the brand, the key to selling new technology is to focus on the product and what it can do for you.

Samsung's S4 campaign is expected to be substantial if history is any guide. The Galaxy S III campaign, launched last June, was its largest to date. The company spent $401 million in 2012 to advertise its phones, while Apple spent $333 million, according to Kantar Media.

Gartner Research Director Brian Blau said that the size of the campaign is important because, despite Samsung's success, it doesn't have the devoted fan base Apple enjoys.

And what of Apple? Don't be surprised if it starts directly pitting itself against Samsung.

It wouldn't be the first time Apple referenced a rival. When it lagged behind Windows in the PC market, Apple developed the iconic Mac vs. PC spots to differentiate itself. More recently, it's taken a subtle shot at the larger-screened phones (including from Samsung) with ads pointing out that the iPhone is perfectly sized for one-handed use.