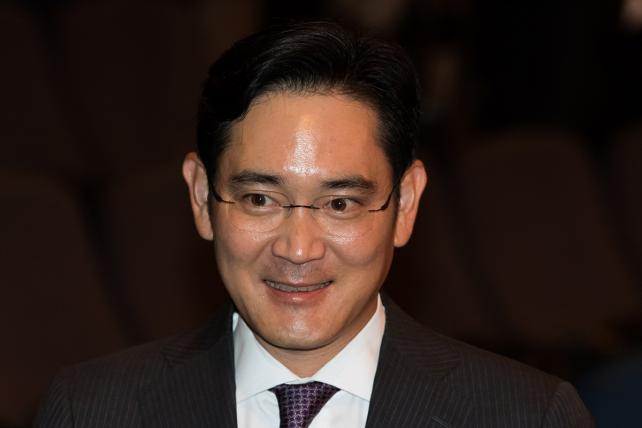 Samsung heir apparent Lee Jae Yong has been nominated to the board, teeing him up for a bigger role as South Korea's largest company struggles with a widening recall of its Note 7 smartphone.

Mr. Lee, better known as Jay Y., has been helping run Samsung since his father suffered a heart attack in 2014. Now the scion will have to show if he has the mettle to help steer the company through its deepest crisis in years.

Regulators, airlines and Samsung have warned customers to stop using Note 7 phones, plagued by reports that the batteries catch fire while charging. Samsung has lost $22 billion in market value over two days -- suggesting damage to the brand could go well beyond early estimates of $1 billion for the phone's recall. Samsung released the Note 7 in late August to get a jump on Apple's new iPhone 7, due in stores later this month. That advantage has now disappeared.

Jay Y.'s board nomination "is a signal that Samsung needs strong leadership in the midst of risk and uncertainty," said Park Ju Gun, president of corporate watchdog CEOSCORE in Seoul. "By showing the markets that he's assuming responsibility, Lee Jae Yong may be seeking to take a step forward in the succession."

Jay Y., 48, will become more involved in strategic decision-making, including mergers and acquisitions, the Suwon, South Korea-based company said in a statement Monday. Now co-vice chairman, he's expected to be formally elevated to the nine-person board after a shareholder vote in October.

Jay Y. has moved through a series of jobs since joining Samsung full time in 2001 and shouldered more responsibility after his father Lee Kun Hee was hospitalized in 2014. Jay Y. is considered more globally minded than Lee senior. Samsung's so-called Crown Prince speaks Korean, English and Japanese and has been credited with cutting partnerships with Apple and Google. Working with the late Apple CEO Steve Jobs, Jay Y. agreed to build a new factory making the flash chips Apple wanted instead of the hard-disk drives used in early versions of the iPod. Though the two companies later clashed in court over intellectual property, the Korean attended Jobs's memorial service.

Some wonder if Jay Y. has his father's vision and will command the fearsome respect that Lee senior got from the people who worked from him. We won't know the answer until Lee senior dies because South Korean scions typically don't succeed a living parent. In the meantime, investors will be watching how Jay Y. handles the metastasizing Note 7 recall.

The company has said about 2.5 million phones had been shipped before the recall, including those in the hands of consumers and carriers. Note 7s with new batteries are due to become available on Sept. 19. On Friday, the U.S. Consumer Product Safety Commission urged users of the phones to immediately turn them off and stop charging them. Aviation authorities around the world warned passengers not to use them during flights. Samsung and the CPSC are in talks on an official recall of the devices as soon as possible.

"The uncertainty over the Note 7 recall has grown following the tough reactions from the U.S.," said Lee Seung Woo, an analyst at IBK Securities in Seoul. "Samsung has to settle this situation as early as possible by replacing every Note 7 device in order to reassure customers. In the worst case scenario, Samsung may have to consider discontinuing Note 7 sales for a time."

Before the problems with the Note 7, Samsung had been experiencing a recovery in sales and earnings that had driven its shares to a record. The recall came just days before new iPhones were unveiled and opens more of the field to Apple in the market for high-end devices.

"Samsung's nightmare is just getting worse and worse," said Bryan Ma, vice president of devices research for IDC. It's possible that airlines, rather than isolating Note 7s, may decide to ban all Samsung phones given the difficulty of differentiating between models. "If true, then the Note 7 could end up dragging down the rest of the portfolio."