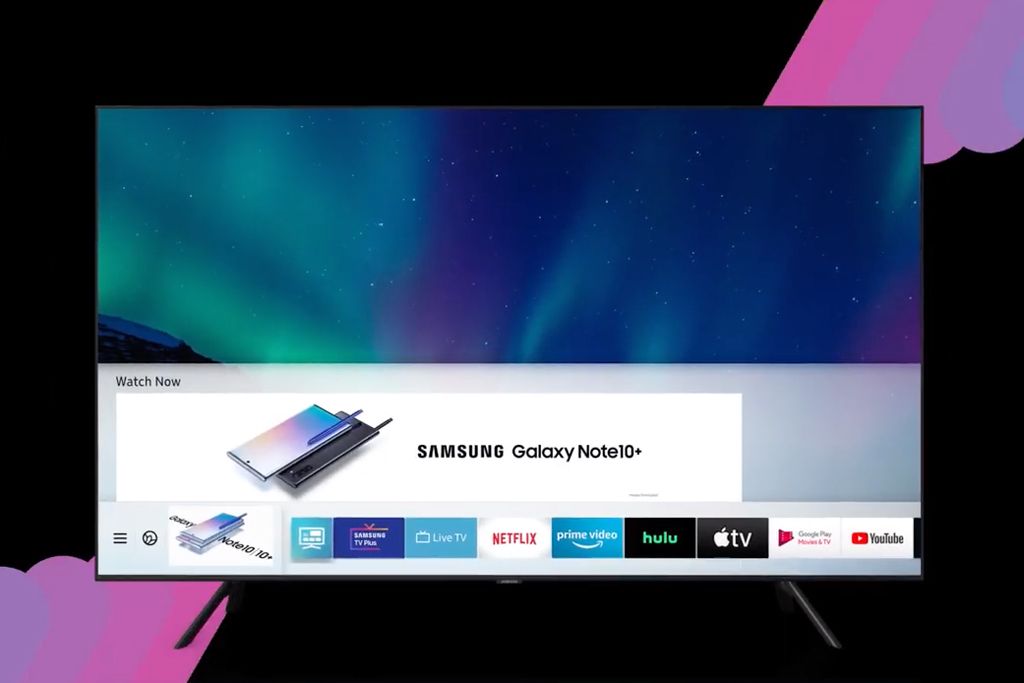 Samsung has been building a connected TV ad platform for five years.

Samsung is launching a self-serve advertising platform, which it considers the natural progression for its ad business that spans connected TVs, mobile devices and desktop computers.

On Wednesday, Samsung unveiled the self-serve buying platform for brands that are increasingly interested in delivering commercials to connected TVs. Samsung, of course, has a thriving TV sales business, so it owns the hardware, through which more people are viewing ad-supported apps.

Tom Fochetta, VP of advertising sales and operations at Samsung Ads, says that future is not in cable boxes or even connected TV dongles like Roku devices, Amazon Fire TV sticks and Apple TV. Rather, he says, the future is in Smart TVs that connect right to the internet.

“The world of pucks and sticks are starting to go away,” Fochetta said in a recent phone interview.

Samsung TVs host many of the same apps as Fire TV and Roku devices with digital streaming properties like Crackle, Tubi and Pluto TV, and a growing lineup of traditional media apps like Disney+, NBC Universal’s Peacock and WarnerMedia’s HBO Max.

The platform developed into a programmatic marketplace with more automated means to reserve video ad inventory. But the latest development creates a completely self-serve way of managing campaigns, with auctions to place commercials in real-time. The advertising upgrade is an attempt to put Samsung’s ad system into a league with other internet giants like Facebook, Google and Amazon.

“This is a natural part of our evolution to unlock the power of our platform and put it into advertisers’ hands,” Fochetta says.

Samsung is relying on viewers that are tuning into its own video channels like Samsung TV Plus, which is free internet-streaming TV available to anyone who fires up one of its Smart TVs. Samsung TV Plus has 135 channels, and there also is the Samsung Content Network, which plugs into ad inventory from third-party apps. Samsung TV Plus streams to 50 million households globally, the company says.

Samsung does not disclose how much revenue it generates from advertising quarterly. The company reserves ad space inside the TV apps with which it has shared inventory agreements, similar to arrangements Roku and Amazon have with media partners. These platforms have exclusive access to a certain percentage of commercials, and they also bid on other swaths of inventory through their DSPs, or demand-side platforms.

In many ways, the advantage in connected TV advertising comes down to data and which platform has the best insights to target ads. Connected TV advertisers are concerned with what’s known as “ad frequency,” knowing that they reach households a set number of times without overdoing it and wasting money on ineffectual campaigns.

“This allows the advertiser to get this holistic view of reach and frequency across devices and across media formats like linear TV, OTT, gaming, mobile and desktop,” Fochetta says.

The connected TV ad space is still shaking out with players coming and going with varying degrees of success. Telecom providers like AT&T and Verizon have tried to stake their claims to digital advertising, going head to head with Facebook and Google, by building “walled garden” ad platforms. However, AT&T recently signaled a retreat with plans to sell off Xandr, its data-centric connected TV ad platform.

Fochetta says that Samsung has deals with top agencies like Publicis to bring advertisers into the self-serve ad platform.

“Samsung adding a self-serve buying platform to their existing ad tech stack is a logical move,” says Chris Maccaro, CEO at Beachfront, a video ad tech company, “especially when you consider that they own both mobile and TV glass at a time when advertisers are increasingly folding direct-to-device buying into their broader media strategies.”