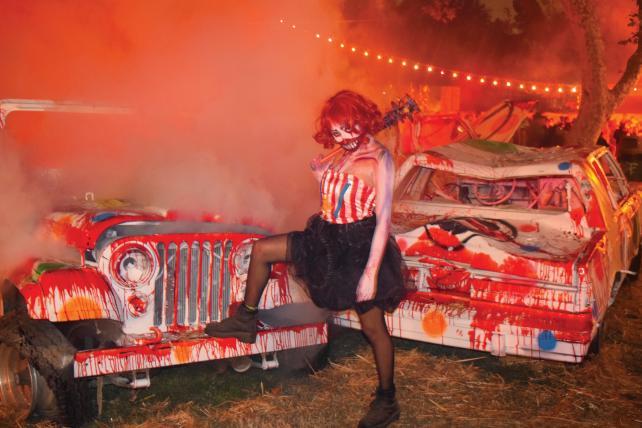 To showcase the visual capabilities of its new Galaxy Tab S, Samsung has created a global out-of-home color design display using the same technologies as its tablet in hopes of provoking an emotional response among those who pass by.

The digital out-of-home ads will run in high-traffic areas in six cities across the world, beginning in New York City today and rolling out in Amsterdam, London, Milan, Singapore and Toronto over the next few weeks.

The interactive designs, billed as "Color Therapy," are customized for each region. They change colors and shapes in nearly 150 ways based on the weather and "move" like a screensaver. The New York board uses ink to represent the flow of the city, and the London installation mimics the moment when raindrops hit the ground. The displays also counterbalance the weather by responding with cool tones when it is hot or dry or a warmer color range when the weather is cold or wet.

"It's about the use of color, how color can affect people emotionally and how the Galaxy Tab S can bring all these emotions to life," said intermedia artist Marcos Lutyens, who designed the displays.

Samsung has been experimenting with out-of-home strategies that take interactive and cultural approaches for the past year, since Cheil, the agency behind the push, began developing the idea.

"I wished to try a new, intriguing way to communicate with people that pass by the landmarks," said Hyewon Oh, VP-creative group at Cheil Worldwide. "I always thought that if I can see some colors, I can get some kind of feeling. If I use the Galaxy Tab S, I can show the colors more."

To create the graphics the campaign employed colors from the Galaxy Tab S's spectrum, which displays 90% of nature's color palette, according to Samsung. The designs were tested on the device before heading to the big screens, by holding the screens to people's faces to see their responses. The displays are accompanied by music from artist Yuval Ron.

The push is expected to run until September and includes in-store retail signage and a microsite, which feature the six color "therapies" and personalized treatments based on users' moods.

Samsung says the screens will sell tablets even though they're only branded with the company logo, and not the product they're designed to advertise.

"We are aiming to showcase the deep connection that colors have to our emotional state and experiences," said Heesun Kim, VP-global marketing, IT & Mobile Communications Division at Samsung Electronics. "We hope that passersby feel this connection and experience the way that Samsung provides users with the optimal visual experience through the Galaxy Tab S."

The subtlety of the campaign is part of what drew Mr. Lutyens to the project. He also worked with Samsung on a project in Barcelona for the Mobile World Congress earlier this year.

"What was captivating to me was that it was a project that 'gives' instead of 'takes,'" said Mr. Lutyens. "It engages with each passerby, not as a consumer, but more as a citizen, sharing their experiences within the flow with the community of the city."

The Galaxy Tab S is receiving additional marketing support included a series of three TV spots, several digital shorts, and partnerships with entertainment brands like Marvel, said Ms. Kim. The company declined to comment on the budget for the campaigns.