Samsung Is Getting Squeezed by the Anti-marketers 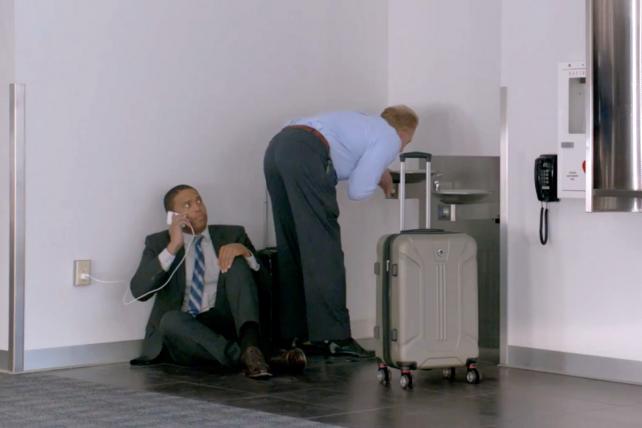 As Samsung Electronics became the world's largest seller of smartphones, it pumped a massive amount of money into marketing. Now, it is feeling a painful pinch from competitors who barely spend at all.

It is bittersweet news for Samsung's numerous agency partners.

On one hand, more dollars were flowing. During the quarter, Samsung said in a statement, the company increased its marketing expenditure on "various promotions to reduce existing inventories in sales channels." But as the decline in profits reverberates across the company, its colossal marketing budget is unlikely to grow further.

In fact, even as Samsung projects its third quarter earnings will improve, thanks to the release of its new smartphone lineup and improved sales in China, the company wrote that it "does not expect any major marketing expenditure to occur in the upcoming quarter."

Samsung attributed its declining sales to increased competition from China and Europe, particularly in the mid- and low-end smartphone markets.

Samsung is still the smartphone leader -- it claimed 31% of worldwide market share in the first quarter, according to IDC. But along with Apple, Samsung's slice shrank from a year ago as manufacturers outside the top five smartphone makers grew.

At the high-end, Samsung faces challenges from a familiar foe -- Apple, which is showing an increase in sales in China -- and new ones, like Huawei, Xiaomi and Coolpad. At the other end of the spectrum, in developing markets where smartphone adoption is surging, Samsung is being outpaced by firms that produce cheaper phones.

The two groups have one trait in common: next to Samsung, they spend next to nothing on advertising.

As reported in Businessweek, Xiaomi, for example, devotes around 1% of its revenue to marketing. In 2013, Samsung spent $11.3 billion on advertising and sales promotion, 5.3% of its global revenue, according to the Ad Age DataCenter. Apple's global ad spend, meanwhile, is less than one-tenth of Samsung's.

Below-the-radar rivals
Some analysts have been predicting Samsung's squeeze for months. Lawrence Lundy, a technology consultant with Frost & Sullivan, wrote in May that Samsung would face increasing pressure on its core smartphone business, the mid- and low-end segment, from below-the-radar rivals. Regional players -- such as Wiko, in France; Micromax, in India; and OPPO, in China -- all make smartphones close to $100, below Samsung's cheapest offering.

"There's loads of examples of companies that are swallowing up market-share and not spending on marketing," Mr. Lundy said on Tuesday. And that hits Samsung directly. "Their explosive growth is certainly over."

Despite Samsung's global scale, the spiralling costs of smartphone technology have opened the floodgates for leaner newcomers across Asia, Africa and Latin America. The winners here are no longer Nokia, Lenovo or Samsung. They're no-names, "gray-market manufacturers," said Nathan Eagle, CEO of Jana, an ad-tech company that works in emerging markets.

"It's crazy. It's so fragmented," Mr. Eagle added. "The brands are not winning the wars. It's all about who can get the lowest price point."

At its developers conference in June, Google announced a new software platform built for emerging market smartphones that sell under $100. The smartphone platform will launch in India, with Micromax, Spice and Karbonn -- three hardware partners most in the U.S. have never heard of. 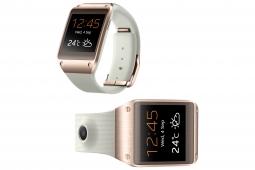 Luxury race
Samsung may have sensed competition from higher-end manufacturers was imminent. With its new Galaxy line of phones, smartwatches and devices, the company is shifting resources toward the luxury segment.

But here, it must contend with Apple, which is also increasing its presence in Asia. Last quarter, Apple netted $9.3 billion in sales in China, a 13% annual increase.

And then there's Xiaomi, a Chinese handset-maker with explosive growth. The four-year old company only sells online, often in quick spurts aided by social media buzz. (It reportedly sold 50,000 units of its new tablet in China in under four minutes.) This practice of "flash-sales," Mr. Lundy said, is spreading to other manufacturers.

Xiaomi has also pioneered the tactic of selling high-end phones at mid-range prices. Huawei and Coolpad, two other Chinese manufacturers, have followed suit. This effectively "kills" the mid-priced segment, Adnaan Ahmad, an analyst with Berenberg Technology, wrote in a note this week. "So how does Samsung compete against players that price at cost?" he wrote. "We just do not see an end in sight to the contraction of margins in the handset and tablet segment."